it was thirty years ago. Already. Thirty years since the United States obtained the authorization to send NBA players to participate in the Olympic Games. Thirty years since, as a result, the “Dream Team” was created. Thirty years that a simple basketball team took on a dimension never seen before. Records, legends, influence… this summer TrashTalk has decided to come back with you to all the stories that have made this squad one of the most legendary in the history of sport. Get out your Hoverboards, hop in the Delorean and launch Johnny B. Goode on the car radio because it’s time to look back in 360 degrees on what happened… 360 months ago. Sixth episode? In the luggage of Team USA, the merchandising stamped United States which floods Europe.

Today, nothing surprising in the fact of crossing a person wearing a pair of Jordan. Dozens of models, endless colors. Available in most stores, for a tidy sum anyway because that’s the art of merchandising. This notion applied to sport, it is a bit the fact of the Dream Team. Caps, T-shirts, and especially VHS as well as magazines on the subject. Everything is torn, people want to have this little piece of American culture, this piece of NBA in their hands. In fact, this dream fragment. That’s what we’re talking about.

The induction of the NBA in Europe via the Olympic Games allowed all this. Before 1992, what was the NBA for the old continent? A myth, a basketball competition made legendary by the short extracts of iconic actions sporadically crossing the Atlantic on cassettes. The consequence ? An image of a show visible nowhere else, and the assurance in the collective imagination that what happens on the floors of the Great League is unique, and of an exceptional level every evening.

This kind of imagination only reinforces the interest and the media and cultural explosion when the biggest stars of the game arrive in Europe. And it is of course the Americans who tell it best. Here, for example, is what Adam Silver reported in the documentary ” The Last Dance about the Dream Team’s impact on Europe.

“It was the first time that a sport was sold in a cultural way. We were selling ‘Americana’ [Culture US, NDLR]. We attached it to this player that was Michael Jordan, talented and beautiful. His style, everyone wanted that. »

And so, what is this style embodied by Michael Jordan? We give it to you in a thousand: the ” US way of life » sneaker style, relaxation and above all reinforced culture with countless goodies, compiled in basketball magazines at the time. The latter – like 5 Majeur, Mondial Basket – moreover printed more than 100,000 copies per issue. In the mid-90s, you have to realize the number of enthusiasts for this powerful orange wave, carrying a way of life. One shoe embodies the epic of the Dream Team: the Air Jordan 7. One of the most striking objects in basketball as a whole was nevertheless an item that was inconceivable to find a few months earlier, even in sports stores. specialized.

“In Europe, at the time, having a model of shoe was already good, but having a particular color or a collector’s edition was unthinkable. Barcelona changed everything. Instead of going to a parallel market to pick up their sneakers, for the first time, stores were selling the full range released by Nike to outfit Dream Team members. »

– Vincent Le Thuy, sneaker specialist interviewed by the Team in 2012 on the occasion of the 20th anniversary of the Barcelona Games.

Add to all this an infinity of posters, series of vignettes – adhesive or not – and you get the root of this culture – that of the collection of objects belonging to US culture – which materializes today mainly by the phenomenon sneakers. So much so that 30 years later, the relics of this epic are snapped up at exorbitant prices. For the same Jordan 7 we were talking about above, count a small note of 500 euros if you want to recover a vintage copy in almost correct condition, more than double on the main resale sites for the new version. The flair is of course signed David Stern, who intends to take advantage of such an event to inject his product – the NBA – on a vast territory and above all able to completely take the turn without incident.

In its wake, all the brands that dress NBA players are taking the opportunity to export their ranges, which until now have been limited to the USA. Hey, since a picture sometimes speaks better than a thousand words, here are some images looking back at the hardware madness of the Dream Team.

The Dream Team’s Upper Deck sticker, straight out of 1992.

The first edition of 5 Majorthe symbol of the emerging impact of the NBA in France. The cards of the team members, taken from the magazine 5 Major The series of three Upper Deck in landscape mode. Spoiler: there’s money there. If Jojo wore his Air Jordans, the other players were not left out like Scottie Pippen and Chris Mullin with the Nike Flight. Jordan’s jersey, edited again and again. For this one signed, it is advisable to go see your banker.

The 1992 Dream Team, a team that triumphed on the floor… and on the shelves: a look back at the marketing madness engendered by Michael Jordan and his team

For geeks, there was also plenty to eat with the consoles of the time. No 2K realism, but the leisure to control the best players of the moment. In parallel with the Dream Team objects, Nike took the opportunity to send its entire promotional armada revolving around the phenomenon of the time, aka Michael Jordan. The Dream Team, sports and basketball legends, but not only. The United States won on the field, but also in the rays. Team USA has made it possible for the quintessentially American merchandising culture to establish itself triumphantly on European shelves. 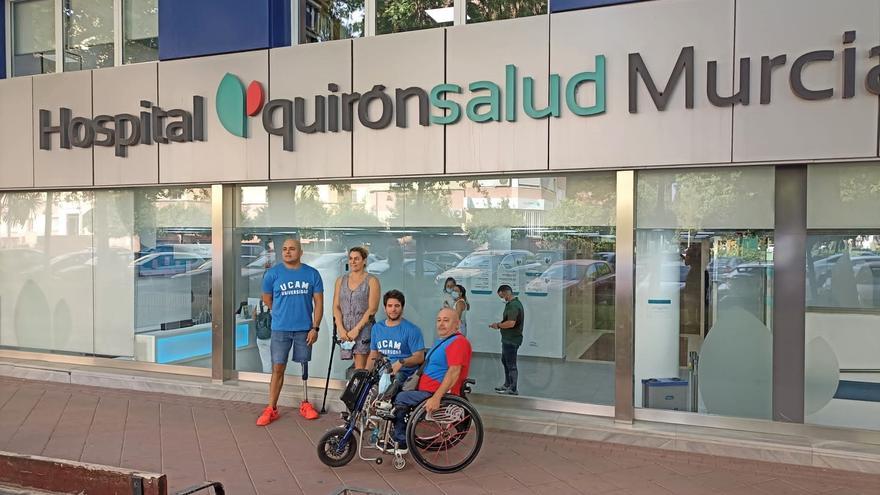