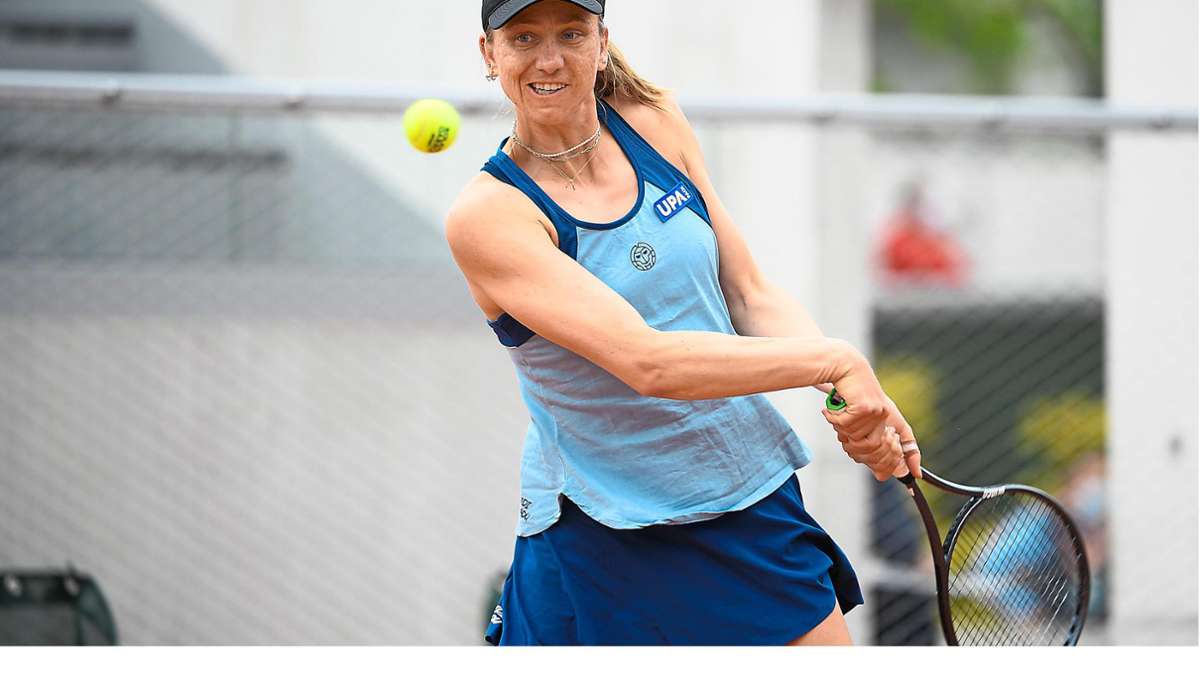 After a training session with Austria’s Sinja Kraus, who was number two, Mona Barthel strolled in a good mood across the Hechinger tennis facility in the pond in the direction of the tournament office.

You can see from the 32-year-old that she is enjoying playing tennis again. For a long time, Barthel’s name did not appear in the tableaus of the tournaments after Neumünsteranin, who was 23rd in the world rankings at her best, had reached the second round at the Australian Open in January 2021. But injuries slowed Barthel down for a long time, and she slipped down to 405th place in the world rankings.

“First the foot, then the back, it took time and wasn’t an easy situation,” she looks back. Added to this was the coronavirus pandemic. “During that time I was injured a lot, but I think it was difficult for everyone, whether you’re a tennis player or not. I tried to make the best of the situation and stay fit, so I hope we’re done now are out of the worst and can go back to normality a little bit more.”

Barthel took the first steps towards a restart at the beginning of the year when she joined the “Good-to-Great” tennis academy in Danderyd, Sweden. There Magnus Norman, Nicklas Kulti and Mikael Tillström dedicated themselves to player development. With success: After Barthel had to give up in round one of the 25,000 dollar tournament in Bildechingen last week against Argentinian Berta Bonardi with 7: 5, 5: 7, 3: 6, she succeeded in Hechingen Start: With 6:1, 5:7, 6:4 she knocked out the number four seeded Czech Anna Siskova in the first round.

“I know my abilities and I know what I’m capable of. That’s why I don’t have to be afraid of any opponent. But anyone can fight, so you never know what’s going to happen,” says Barthel, adding: “Me maybe it could have been a little easier.”

Indeed, she led 6-1, 5-2 and had the first match points before Siskova came back and won the second set 7-5. “I had trouble ending the match and Siskova got in better. But in the third set I found my game again and won the match. Overall it was a good game against a strong opponent,” shows Barthel satisfied.

On Thursday afternoon from 5.30 p.m. in round two she will meet the Italian Jessica Pieri, who successfully played the first round match against the Swiss Arlinda Rushiti 6: 4, 2: 6, 6: 1. “I’ve never played against them. But I just see what’s going on from match to match. I try to concentrate on my game and then see how it goes.”

It is not the first appearance in Hechingen for the Neumünster native. “I was here twelve years ago, I have good memories,” she looks back. What Barthel appreciates about the Ladies Open is “that there are many spectators here, there is a good atmosphere and a family atmosphere. That makes a tournament like this special. That’s why I’m happy to be here.”

If the 32-year-old has her way, she would like to be in the final in Hechingen on Sunday. “I’m trying to work my way up the world rankings and get back into the top 100 so that I can qualify again for the Grand Slam tournaments. The most important thing is to find your own game and have fun with it have enough space – then success will come naturally,” Barthel is convinced. Maybe already at the Ladies Open in Hechingen.