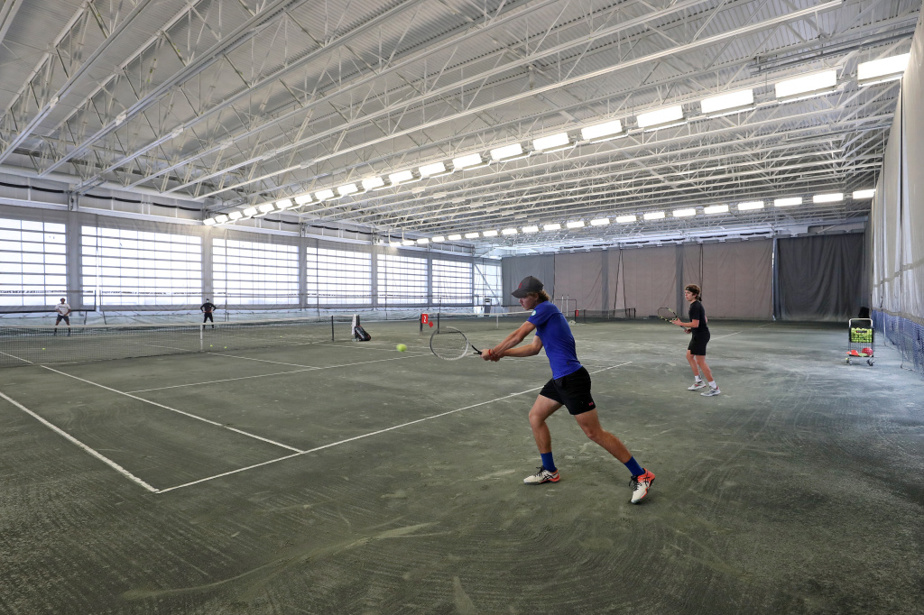 Fifteen years after its creation, Tennis Canada’s National High Performance Center has proven to be a resounding success. Canada has become a world reference and dreams have come true.

At one time, at the turn of the 2000s and until the end of the decade, Canada was dragging its feet in the world of tennis. Although some excellent players represented the Maple Leaf, expectations were relatively low, and some within the walls of Tennis Canada were happy or otherwise satisfied when the players here made it through to the second round of a tournament. Then Louis Borfiga arrived.

Bianca Andreescu won the US Open. Eugenie Bouchard, Milos Raonic and Leylah Annie Fernandez have reached Grand Slam tournament finals. Then Félix Auger-Aliassime solidified his place within the top 10 global. All products from the Center located in Jarry Park. All athletes who have made Tennis Canada look good.

Returned to France for a year to support Gilles Moretton, president of the French Tennis Federation, Borfiga remembers the time when he landed in North America in 2006. The one who had trained Gaël Monfils, Jo-Wilfried Tsonga and Gilles Simon in France had imposed a condition on Tennis Canada before crossing the Atlantic: if he came here, a National Center had to be built for the development of the elite. He arrived in 2006, and the following year, the architect put his plan into action.

Louis Borfiga, former head of performance at Tennis Canada, joined in France by The Press

Guillaume Marx, who took over from Borfiga and now manages the Centre, explains that the creation of this option has “changed the whole dynamic”. On the one hand, because it gave players aged 14 and over the perspective that it was possible to break into the world of tennis while staying in Canada. On the other hand, because it saved families from paying a fortune by sending their children to develop in American training centers.

Borfiga also wishes to recall that the National Center “is not just about hitting balls”. It is also and above all a program in which young athletes are followed and accompanied in all spheres of their development.

On this point, André Barette, a teacher by training and responsible for the school and administrative aspects of the Centre, specifies that in fact, by joining the program, young people are completely taken care of. Tennis Canada offers nutrition, sports psychology, fitness, education and accommodation programs. “It’s an all-inclusive program,” adds Barette.

In 2007, those responsible for the program believed that this coaching would allow players to reach new heights and exploit their full potential.

Initially, the mission of the National Center was to be able to increase the popularity and the interest of tennis from coast to coast. “After 15 years, we have athletes who have made it very high in the world rankings, so the effect is really there. The different clubs are crowded, there is interest, it has materialized, ”explains the teacher.

Throughout this whole process, Borfiga never questioned himself. It is perhaps the fact that the driver of said locomotive has never wavered that makes the Center an undisputed success.

I never doubted for a moment that by having the best coaches and all the infrastructure, that we would not produce players.

In most sports federations, the recruitment, development and promotion of the sport is usually done from the bottom up. As is currently the case in cross-country skiing, cycling or golf.

However, Tennis Canada decided first to address the elite, thinking that by training those who are already considered the best hopes in the country, they would have a better chance of breaking through and, therefore, to encourage the base to grab a racquet and start playing tennis. The thought leaders were counting heavily on the ripple effect that the victories abroad of the Canadian players would be able to provoke.

Louis Borfiga agrees that “it was an ambitious project”. “We bet on having a strong elite that would attract more practitioners. »

André Barette agrees: “We thought that this way of proceeding could be very fruitful. He nevertheless specifies that Tennis Canada still continued to support players of all kinds by staying close to the provincial federations. He admits, however, that the Center was lucky to be able to count on talents like Milos Raonic and Eugenie Bouchard from the start. “It gave momentum and convinced others that maybe coming through here was the right way to go. »

Betting on so few players was just as risky. As Guillaume Marx suggests, Canada does not have the same pool of players as countries like France, Spain and Germany. This was even less the case at the time. So much so that at the start, the program based its successes, and above all its hopes, on two or three players. Today, things have changed, there are more and more hopes, but in the past, the margin for error was infinitesimally thin.

What helped us was to succeed with the players we had. We had to be very proactive and make good use of our resources at each stage of young people’s development.

Fortunately for the program, Tennis Canada was able to take advantage of the National Bank Open’s coffers. The annual tournament is also a good indicator of the popularity rate of tennis. Obviously, Eugene Lapierre, director of the OBN and vice-president of professional tennis at Tennis Canada, believes that even if the project was risky to a certain extent, the financial relief provided by the tournament made it possible to establish solid bases. “We had more and more money and means to do something and develop the sport. »

Louis Borfiga does not cut corners when he takes stock of the work accomplished: “We can really say, 15 years later, that Tennis Canada’s plan has materialized. »

The trend is towards change and it is the National Center that orchestrated it. A program that remains relatively unknown, even if it is the cornerstone of the tennis revolution in Canada. “If not everyone knows that a National Center has been created, everyone is able to perceive that something has been happening for a decade. There has been a change in mentality, ”raises Eugène Lapierre.

All the stakeholders we met have no doubt that the National Center is here for good and that Canada has a ton of nice surprises in store for the rest of the tennis world.