In recent years, the Xi’an Municipal Sports Bureau has attached great importance to the work of minors’ sports, and has continuously launched “sports benefiting children” measures to benefit the city’s youth and children, and has regularly carried out training in 30 items such as table tennis, taekwondo, track and field, swimming, football, and Go. . With the strong cooperation of districts, counties and development zones, the Municipal Sports Bureau also completed the registration of municipal athletes through the preliminary examination of the directly affiliated training units. Data shows that in 2021, there will be thousands of newly registered athletes, and 40 junior championships, open competitions, series and leagues will be held throughout the year.

With the help of Dongfeng of the National Games, Xi’an’s national fitness has also formed new characteristics. On the one hand, the scope of fitness people is constantly expanding; on the other hand, fitness starts from dolls, so that children can develop good exercise habits from an early age. “Data science is accurate, fitness is targeted”, how to make “sports benefit children” more precise and scientific? It is understood that in the fifth national physical fitness monitoring, the number of samples for monitoring children in Xi’an has reached hundreds, which provides a scientific basis for grasping and promoting the physical health of minors in our city.

“Sports benefiting children” is steadily advancing, and schools are an inescapable position. The Xi’an Municipal Sports Bureau also cooperated with the Municipal Education Bureau to inspect and evaluate dozens of primary and secondary schools that have newly applied for physical education schools. Audit and inspection, these have become important measures to build the “Sunshine Sports Healthy Growth” brand.

Sunshine sports brand is getting brighter

The Provincial Games shoulders the important task of reviewing the province’s sports reserve talents, and it is also a big demonstration of the development of youth sports in various cities in the province. After years of unremitting efforts, the “Sunshine Sports Healthy Growth” brand created by the Xi’an Municipal Sports Bureau has become brighter and brighter. In the youth group competition of the 17th National Games of the province, the Xi’an Municipal Sports Team has achieved a bumper harvest, not only ranking in the gold medal list and medal list First, there are many young players who won the “Future Star” award from the Organizing Committee of the 17th Shaanxi Provincial Games.

“Sunshine Sports Healthy Growth” not only expands the number of youth sports and enhances the fitness atmosphere, but also through this policy, the sports centers of the Municipal Sports Bureau can also find reserve talents, and send coaches to guide the children who have real professional expertise. They improve faster. In the basketball arena, the Xi’an team swept all the championships. Yang Yili, a member of the Xi’an team from the High School Affiliated to Jiaotong University, commented: “This is the first time I participated in the Provincial Games, and I am very happy to win the championship. We can achieve good results thanks to the coach’s guidance.” Wu Jiaying of the fencing project not only won the gold medal in the provincial games, but also won the national first-level athlete certificate, she said: “I received more professional training in the city team, really Thanks to the coach!”

Short-sightedness, weak system, love to get sick… This is almost a common problem for many children in modern times, and it also makes parents very headache. However, after the Xi’an Municipal Sports Bureau created the “Sunshine Sports Healthy Growth” brand, more and more children directly benefited from it. Zheng Wangzhe is the main player of the Xi’an men’s basketball team in the Provincial Games. He started to learn basketball in the fifth grade and is now about to enter the second year of high school in Tieyi Middle School.

In an interview, Zheng Wangzhe said with a smile: “I used to be a teenager who is addicted to the Internet. I like to play computers and games. In recent years, there have been more courts, and the sports atmosphere has become more intense. Once a classmate asked me to play basketball, and I felt very passionate, so I was right. I am obsessed with basketball, and watching those stars play in the CBA and NBA, I have an upward heart. I also have a career dream, I am admitted to a good university first, and then strive to play professional games, no regrets. .”

With the conclusion of the 17th National Games, Xi’an Sports Bureau will further promote the in-depth expansion of the “Sunshine Sports Healthy Growth” brand. On the one hand, it provides more professional coaches and more scientific guidance to school children; In terms of competition, more categories and projects will be held, so that children can show their vitality from the competition, keep fit and enjoy the fun of sports. 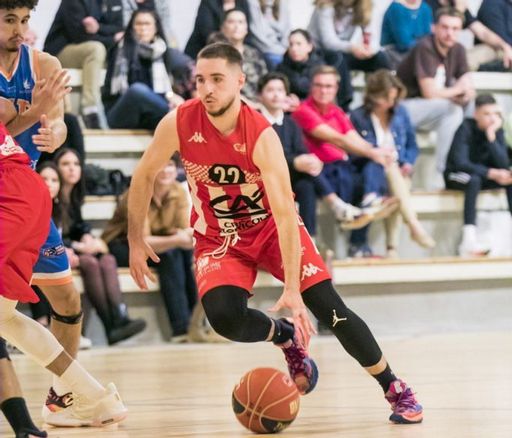