Slovakia did not have Fenerbahce. He goes home with a clear loss and Hofmann expelled – ČT sport – Czech Television 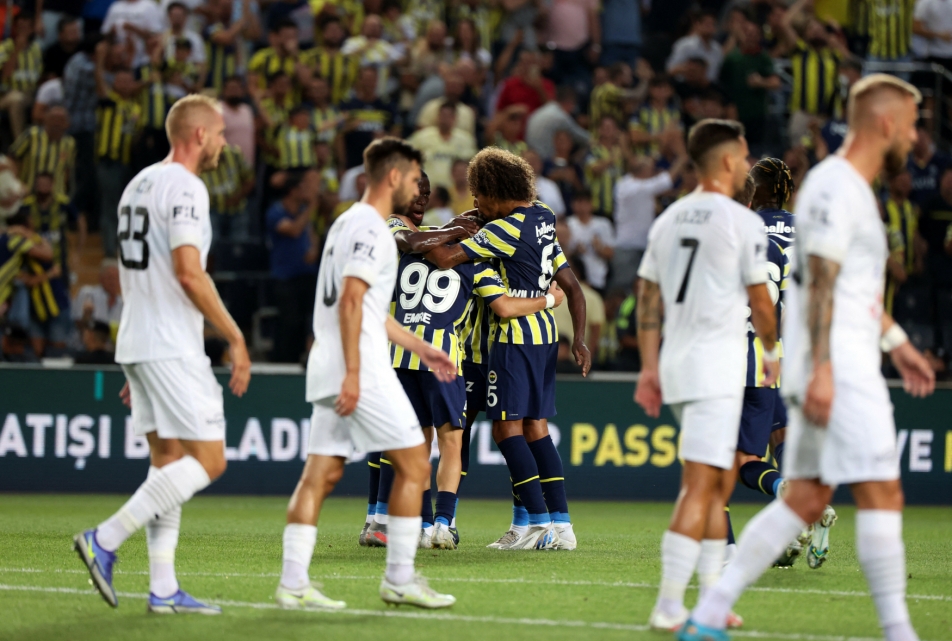 Offensive midfielder Emre Mor opened the score of the match in the 17th minute with a shot from 12 meters, in the setting of the first half, the Brazilian Lincoln scored from a free kick. Shortly after the break, Stanislav Hofmann was sent off after a second yellow card, and the Moravian team was no longer strong enough to face the offensive of the Turkish vice-champion. Lincoln added the third goal again, bringing his club closer to promotion.

Rematch is played in a week in Uherské Hradiště. The one advancing from this pair will face Austria Vienna in the final preliminary round, the loser in the 4th preliminary round of the European Conference League will meet the winner from the pair AIK Stockholm – Škendija Tetovo. The first match ended 1:1.

Slovácko started in the expected line-up with Kalabiška at the tip, but in a more defensive version with four defenders. Scorer King was unexpectedly missing from the home base, Czech representative Filip Novák remained on the bench and played only the last quarter of an hour.

In the tumultuous atmosphere of the nearly full stadium, the guests started bravely and already in the 2nd minute Duskí hit the post from the edge of the penalty area. But it was the last dangerous action of the team from Uherské Hradiště for a long time.

In the 7th minute, Zajc threatened with a shot, who was given a lot of space in the penalty area. However, Slovácko’s defense made a mistake again and in the 17th minute, Lincoln had enough time to find a free Moro, whose technical shot from 12 meters hit the post.

Slovácko got out of the Turkish clutches, but it was far from threatening Cetin’s goal. In the 29th minute, Holzer made his way behind the home defense on the left side, but instead of a shot he chose an undirected cross and there was nothing to the action, just like the slight advantage of the Moravian team at the end of the first half. In the last minute, Mor was fouled just before the edge of the penalty area, the Brazilian Lincoln took the kick and curled a shot over the wall behind the helpless Nguyen.

The guests’ planned offensive effort was ruined in the 48th minute by a yellow card for Hofmann’s hand. Since she was second, the stopper Slovácka had to leave the field. Thus, the role of the Moravian team was very difficult in the weakened situation, the visitors got in front of Cetin’s goal sporadically and had to face the increasing pressure of Fenerbahce.

Lincoln and Bruma gradually got their chance, their action was eliminated by the Slovakian defense. In the 81st minute, after the action of substitute Bruma, Lincoln again prevailed with a shot against the post and closed the score of the match.

The home team thus broke a streak of six cup matches in which they did not win. After last year’s defeat in Plovdiv and subsequent elimination in the preliminary round of the European Conference League, Slovakia did not score even in the second match of its short cup history on the opponent’s field.