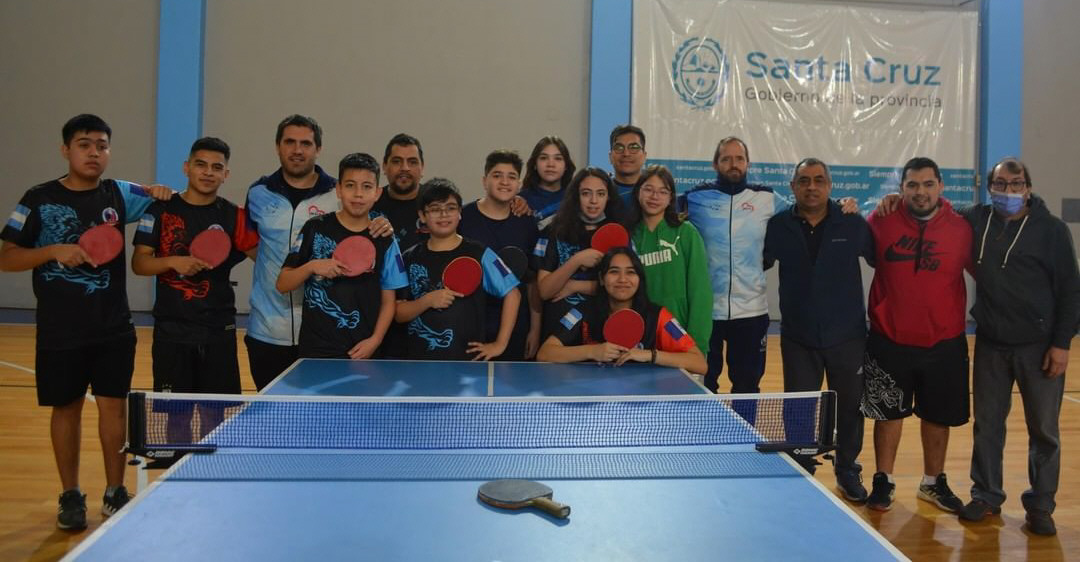 This Saturday there was action for Santa Cruz table tennis in Río Gallegos with the qualifying instance of the province for the next Patagonian Integration Games and National Games Evita 2022.

The activity was carried out at the Provincial Center for High Performance Sports (CePARD) with the participation of the following localities: Rio gallegos, Perito Moreno, the heras, Turbio River, Fuentes del Coyle. It was coordinated by the Secretary of State for Sports and Recreation of the Ministry of Social Development of the Province of Santa Cruz.

The Selection of Santa Cruz for the Patagonian Integration Games that will be developed in The Pampa was made into a category male by the pair made up of Franco Esparza and Leandro Ulloa from the capital of Santa Cruz. while on the branch feminine classified Luana Paredes from Rio Turbio and Arami Sosa from Rio Gallegos.

The Patagonian Integration Games will be from September 9 to 11 in La Pampa.

In regards to the National Games Evita 2022the Santa Cruz National Team will have as representatives the male duo made up of Diego Esparza and Thiago Chacón from Río GallegosMeanwhile in damas will wear the provincial jersey Melina Farias from Rio Turbio, Sabrina Mosca and Geraldine Bothín from Río Gallegos.

Finally, the Patagonian Integration Games will be held from September 9 to 11 in La Pampa and are aimed at athletes from 14 to 17 years old. While the national instance of the Evita National Games this year has not yet confirmed the venue where young people from all over the country will meet.