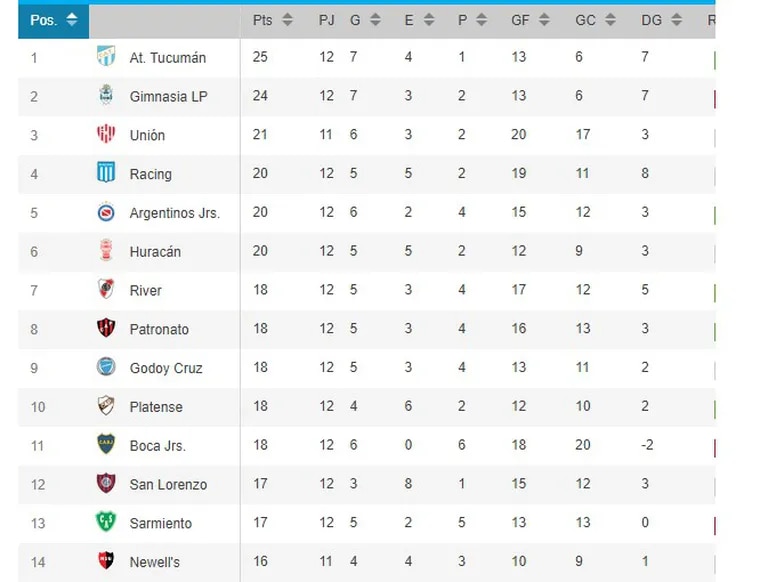 Atletico Tucumanleader of the Argentine Professional League lost its first match and in a single match (in the defeat with Arsenal by 3-1, in Sarandí) he received the same amount of goals that he had suffered in the previous eleven dates. The Dean had just won six games in a row and his setback relaunched the championship. Those directed by Lucas Pusineri, who had started the contest with his head on the average table, they fell due to goals from Sebastián Lomónaco, Gustao Goñi and Alexander Díaz; Matías Orihuela scored on the visit.

River beat Independiente in the discount, in the classic of date 12, with a goal by Matías Suárez at 47 minutes of the second stage. It was about the return of Julio César Falcioni to the Reds bench, after the resignation of Eduardo Domínguez and the internships of Claudio Graf (it did not go well) and Juan José Serrizuela, with whom he achieved great success against Colón 3-0on the past date.

The game was low-flying, they almost did not generate risk situations. and in the second time River protested for an alleged penalty from Barreto to Borja; there was a struggle and Fernando Rapallini understood that there was no infraction Red’s defender. But the VAR intervened again at the end: Suárez was enabled and scored the 1-0 for the Millionaire.

Boca recovered as a local. After the heavy defeat against Patronato by 3-0, in Paraná, beat Platense 2-1. He again played with the Bombonera in favor, the push of the people from him, and managed to relaunch himself although in the championship he already has 6 defeats. He was able to score goals and was left with the same feeling as in much of the year: when he is about to fly, he falls. The victory against the Squid is a shy jerk, with Oscar Romero in Messi mode. “The plus of the people playing in the Bombonera. It’s a plus, it’s something extra. We have to maintain the same visitor concentration. We are working to be a more complete team”, said the Paraguayan after the game.

Racing once again let an opportunity pass to get closer to the lead: tied goalless against Barracas Central, on the All Boys field and once again left a bitter taste in its people. It came with the drag of 3-3 with Tigre, in Avellaneda, after being 3-1 ahead. Fernando Gago’s team played poorly and the coach recognized the deficit in the press conference. Even, in the balance, the Academy was closer to losing than winning, since the figure of the match was the goalkeeper Gastón Chila Gómez.

With 25 points, Atlético Tucumán stays on top but now closed the gap Gymnastics and Fencing (24), who beat Tomba in La Plata with goals from Brahian Alemán, from a penalty, and Nicolás Contín. Gymnastics, in silence, continues to rise, in a great campaign led by Néstor Gorosito, and despite the significant casualties suffered on campus. El Lobo celebrated in front of his people and confirmed his good moment, since he had just beaten Huracán 1-0 as a visitor.

The results of the 12th date

the way to the cups

So are the averages

How the 13th day will be played

Classification for the Copa Libertadores and Sudamericana

Argentina has six places for the Copa Libertadores in 2023. Boca obtained the first ticket by winning the Professional League Cup. The champion of the current League will access directly. The same will be achieved by the Argentine Cup. The remaining places will go to the first three clubs in the annual general table, which includes the points obtained in the group stage of the LPF Cup (13 games) and the League (total: 40 games). The third of those teams will go to the Libertadores playoff.

Meanwhile, the South American 2023 will play another six teams, which will emerge from the general table and will be the ones located after those classified for the Copa Libertadores. If a team already classified by another instance is repeated, the place will go to the next set of this same table. 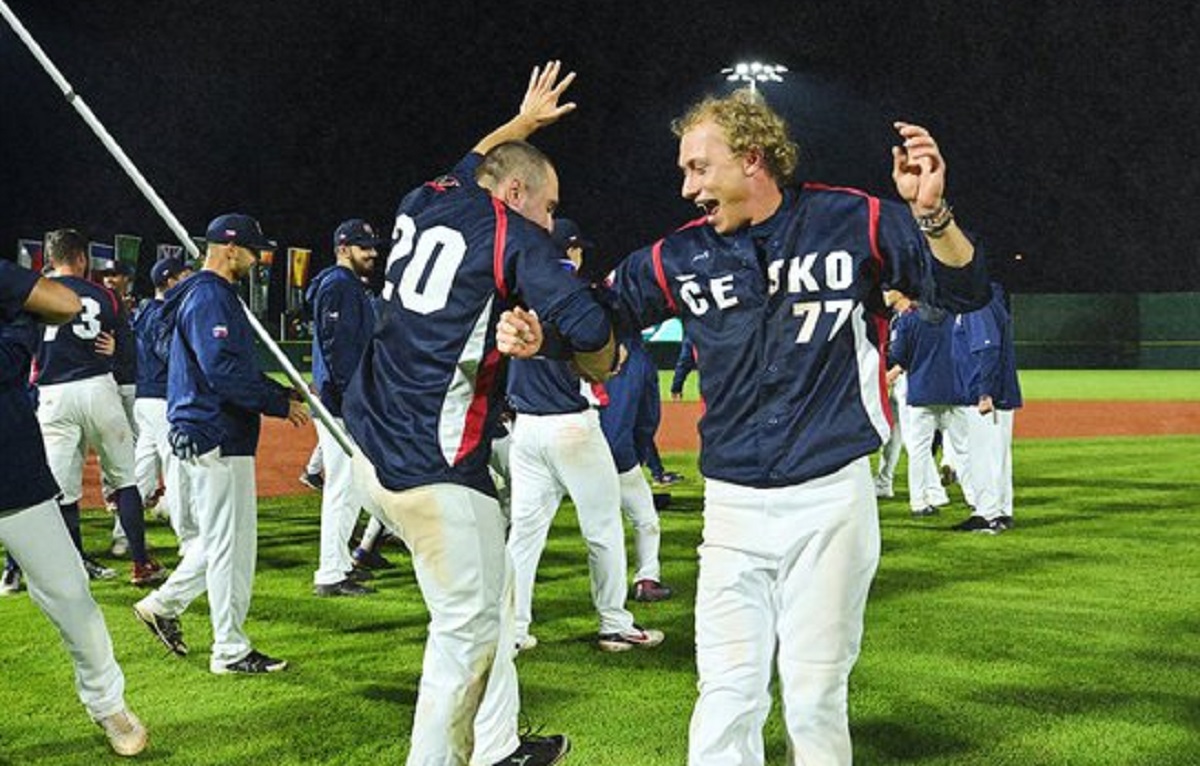 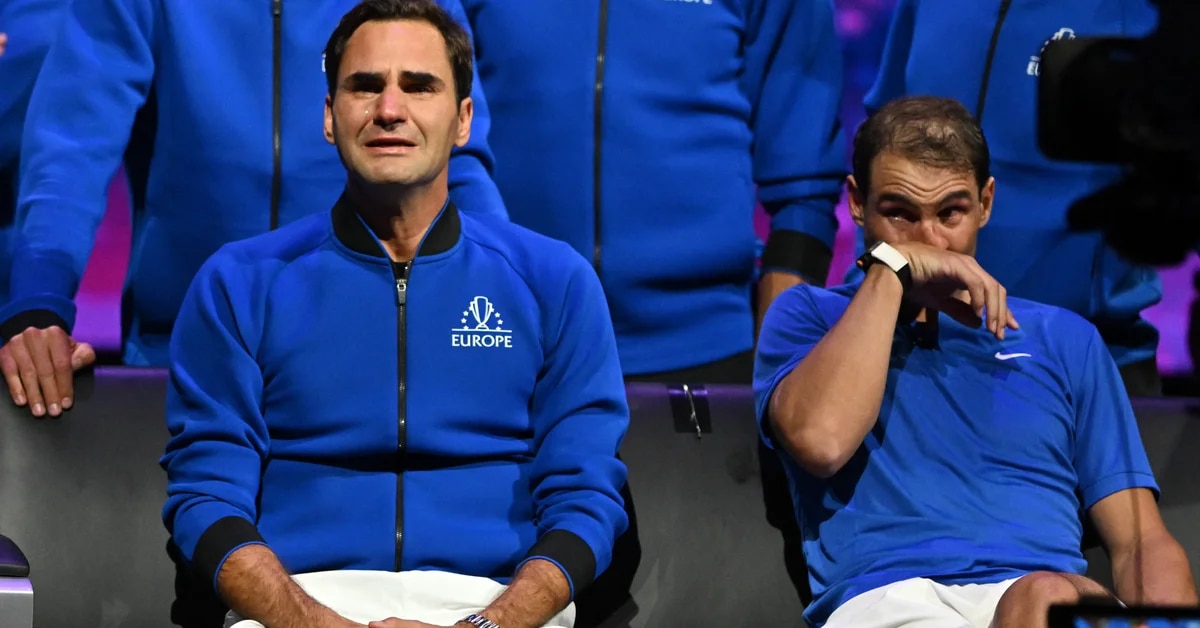