Wolfsburg – It was and is one of the really big questions of the new Bundesliga season: After all the turbulence of the past few years, the relegation in the meantime and the current return, is SV Werder Bremen actually competitive in Germany’s football elite? After the 2: 2 at the start at VfL Wolfsburg, one is inclined to answer with a resounding yes. Or as striker Niclas Füllkrug put it unequivocally on the Sky microphone: “The first half was a top game for us. This achievement can be built upon. You could see that we don’t have any problems keeping up in the Bundesliga.” For Bremen, the next 33 matchdays will be about backing up this bold statement with more good performances. Otherwise, that one point won isn’t worth all that much in the end.

At the VfL Wolfsburg it was the first half in particular that impressed. Werder Bremen started ambushed, quickly had the first chances – and then after the first VfL attack ever conceded the 0: 1 by Lukas Nmecha (11th). “You can see that if you allow even a small chance in this league, things start rustling again at the back,” said captain Marco Friedl later. There have been climbers who didn’t recover quickly from such an early setback, and even went under. Bremen, however, did exactly the opposite. They shook themselves briefly and continued to play bravely forward.

The reward was Niclas Füllkrug’s quick equalizer with a low shot (21′), before Leonardo Bittencourt turned the game completely around 120 seconds later with a remarkable header (23′). “Werder comes from the second division and threw everything on the scales and gave everything – forwards and backwards,” praised VfL coach Niko Kovac appreciatively. And the guests could have added more opportunities before the break, maybe even decided the game. But they didn’t, which is why VfL Wolfsburg acted much better after the break, made it 2-2 late through Josuha Guilavogui and Werder Bremen so screwed up the perfect debut (84th).

Ole Werner also mourned that, on the other hand he had after the draw VfL Wolfsburg seen a lot of good. “Especially in the first half we were able to implement a lot of what we had planned. We put in a performance that not only gave us courage for the tasks ahead, but also showed that we can basically get along with the way we play football in this league,” the head coach summed up Werder Bremen – and added a small, but fundamentally important half-sentence: “If we move to our performance limit.”

In fact, the people of Bremen should be dependent on always going to their limits or possibly beyond. They will have to work hard for every goal, every point. That’s another reason why Ole Werner, unlike striker Niclas Füllkrug, doesn’t want to rush to the point of being competitive. “One game alone doesn’t tell you whether it’s all going to last for a year. You always have to react to different situations and different opponents,” emphasized the coach Werder Bremen out. “Nevertheless, I believe that we’ve seen that you can fundamentally play games the way we want to play football and that even when we’re at the performance limit, we have players who are in this Liga can also make the difference.” Starting XI debutant Jens Stage, who is just gaining his first experience in German professional football, sees it very similarly. “For me, Werder is a Bundesliga club. I expect from us that we can keep up in this league. The club and the players are big enough for that,” emphasized the Dane after the game VfL Wolfsburg.

In a duel with him VfL Wolfsburg Above all, it was clear that Bremen were always strong when the high pressing worked. Disadvantage of the whole thing: Such a way of playing is extremely exhausting, at some point an extended rest phase inevitably creeps in. Just like currently in the second half, when Werder Bremen wasn’t quite as noticeable. “Obviously you can’t run into the opponent’s penalty area for 90 minutes. I don’t think any team in the world can do that, and we won’t be able to either,” explained Ole Werner.

He wanted to miss the courageous running against the VfL Wolfsburg but just as little as Clemens Fritz, head of professional football Werder Bremen. “We’ve come a long way, but we’ve also talked and worked well together. In order to get the last percent, you simply need this rhythm of play, but we have an absolutely good basis,” the 41-year-old is convinced. “This self-confident appearance and the desire to always remain courageous – that’s exactly what we want to see.” If that succeeds, the question of competitiveness should also be answered quickly. (mbü) Have you read it? After “cheeky” and “disgrace” criticism: police justify control action before Werder-Bremen game in Wolfsburg! 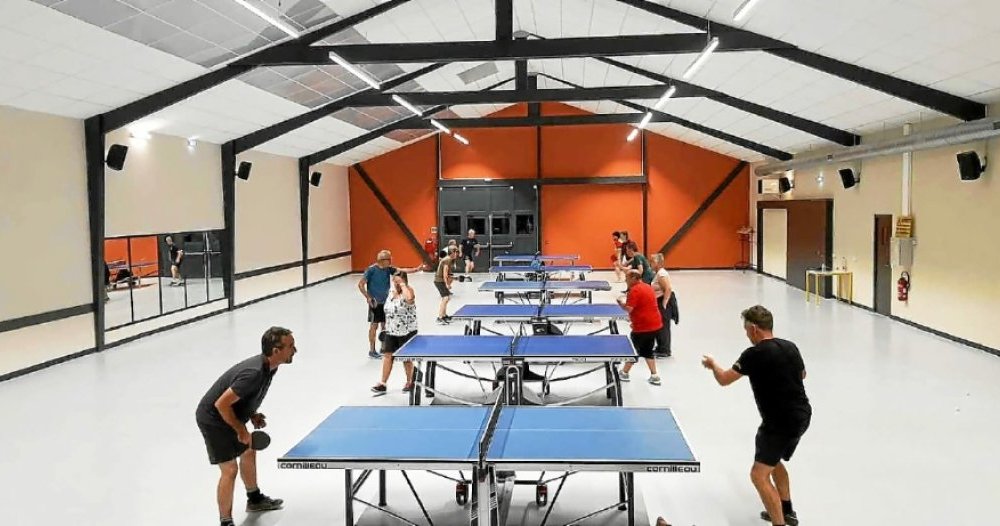