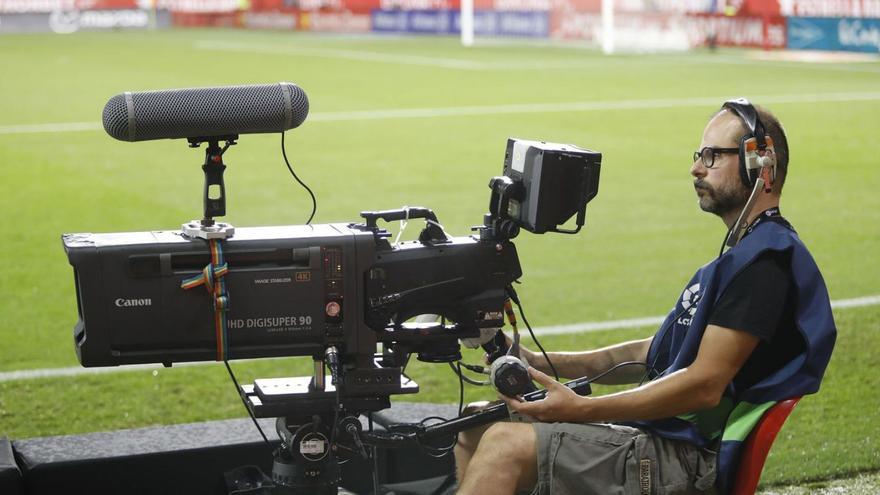 The new season that starts today brings important changes in the way LaLiga will be seen on television. The competition launched by the clubs at the end of December divided the cake between Dazn and Movistar, who will share the rights to the competition for the next five seasons, in exchange for 990 million euros in total for each year.

The subsequent agreements reached by the two companies draw an audiovisual panorama in which three different agents come into play. Movistar and Orange will offer all the matches of the season, integrated into their convergent packages, with mobile telephony and internet included; Dazn will only offer half.

In the case of Orange, the offer of its football, cinema and series package, in addition to fiber and mobile, is a minimum of 82.50 euros per month for four months and 110 thereafter, with a minimum stay on the platform of 12 months. The difference with Movistar is that it will not offer foreign leagues, with the exception of the Premier League.

Dazn, on the other hand, offers through its OTT five matches per day, except for three, in which it will not broadcast any. The monthly fee for Dazn LaLliga is 18.99 euros, while anyone who wants to access all its content (Moto GP, Formula 1, Eurolliga, Premier League…) can do so by subscribing to the Dazn Total package for 24 .99 per month or with an annual commitment that is divided into monthly payments of 19.99 euros.

Apart from the platforms, the great novelty of this course has to do with the voices that will narrate the matches. In this competition, LaLliga offered the operators the complete production, including narrators and commentators, although it gave the option to customize the contents to each. Dazn has decided to set up his own team, while Movistar, in a decision that has surprised even LaLiga, has chosen to adopt the squad of commentators chosen by the Tebas team.

Carlos Martínez remains as the main narrator, but Julio Maldonado, Mónica Marchante, Ricardo Sierra, Jorge Valdano and Álvaro Benito, among others, will no longer voice the broadcasts. The team of commentators is also being renewed, which will be made up mostly of ex-football players. David Villa, Guti, Juanfran, Morientes and Mendieta will be some of the former players who will participate in the broadcasts. In Dazn, well hired by LaLliga, continue as narrators José Sanchís, Lluís Izquierdo or Miguel Ángel Román and are joined by Rubén Martín, Alba Oliveros, Julio Suárez or Jordi Pons. The latest addition was announced this past Wednesday by LaLiga: former Real Madrid player Iker Casillas will comment on the competition’s big matches from the same stadiums.

Another new feature is that there will no longer be interviews with managers and sports directors in the boxes of the stadiums, a classic of the broadcasts that Movistar, at least initially, has chosen not to continue in this new season.

More varied will be the Second Division offer. Movistar, Orange and Telecable will offer it in full from the first day and from September Amazon Prime Video, Euskaltel, R, Virgin Telco, MásMóvil, Yoigo and Guuk will also be added. In total, 10 platforms will offer the silver category, which this year will not broadcast any matches through DTT, contrary to what was happening at this time. All of them will do so with commentators and narrators chosen by LaLliga.

As for hospitality establishments, they will be able to contract all the major football competitions (along with other events such as Formula 1, MotoGP and Eurolliga) through Movistar, Orange, Mediapro, Agile and Avatel, in addition to being able to directly and without intermediaries with LaLiga. As a great innovation, each local will pay more or less fee depending on their specific activity, the location and their capacity.