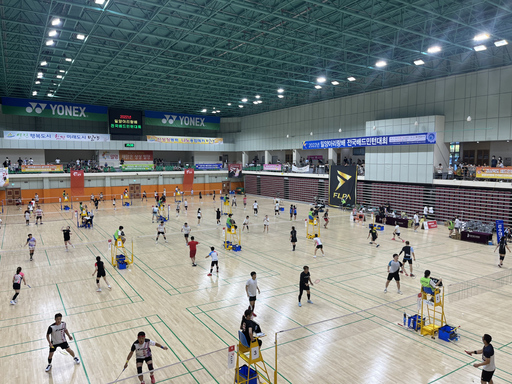 The 2022 Miryang Arirang National Badminton Tournament was held with great success on the 20th and 21st at the Miryang Badminton Stadium.

This competition, held in Miryang, was a time to once again confirm the reputation of Miryang, the mecca of badminton, as a festival venue where a total of 1009 teams and 2018 club members from all over the country participated and competed and harmonized through sports.

Mayor Park Il-ho of Miryang said, “We welcome all badminton families who have visited Miryang.

He added, “We expect that it will be of great help to promote the local brand of Miryang City and revitalize the local economy, such as nearby lodging establishments and restaurants.”

Starting with the National Student Championship for the Secondary Badminton Federation, which is scheduled to be held on the 27th, the city expects that Miryang City will be able to further solidify its status as a ‘badminton mecca’ by encompassing not only badminton elite sports, but also daily physical education and field training.