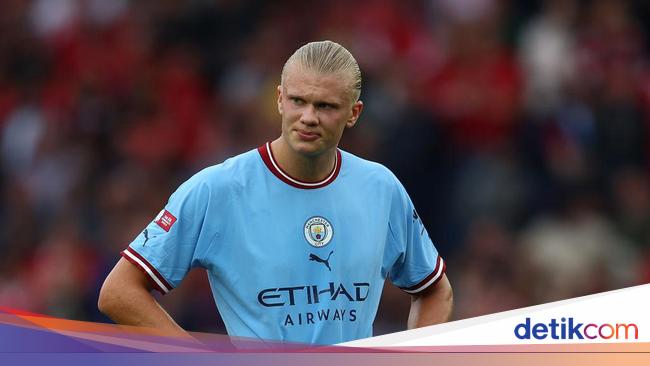 Manchester City have PR to maximize Erling Haaland. City must be able to create space for Haaland to run, less or less playing the ball in the opponent’s penalty box.

Reported from talkSport, even though the Community Shield was titled a warm-up match, Erling Haaland could recognize the defensive styles of Premier League teams. Unlike other leagues, the teams in the Premier League defend very tightly!

“City must supply the ball past defenders so that Haaland can eat it. Haaland is used to situations like that, but he must know that in England defenders defend tightly,” said former Man City manager Stuart Pearce.

Stuart Pearce continued, during this time Manchester City played with possession of the ball, including in the opponent’s penalty box. Last season without a pure striker, City were able to do that well.

But with the presence of Erling Haaland, it feels like this type of game must be changed. Or perhaps, Haaland should have changed the game?

“Haaland will obviously need time to adapt. City are the team with the highest ball possession in the Premier League and that’s what makes the opposing teams will not give space in the penalty box,” he explained.

“I’m not sure how much Haaland will get that space in England because opponents will play very, very deep against City. In yesterday’s game, Haaland looked short of ball possession like that,” he added.

“It will be interesting to see if Haaland can quickly adapt and adapt the game to his team-mates,” concluded Pearce, who coached The Citizens in 2005-2007.