Liverpool are a hit, Barça put on a show and PSG stalls 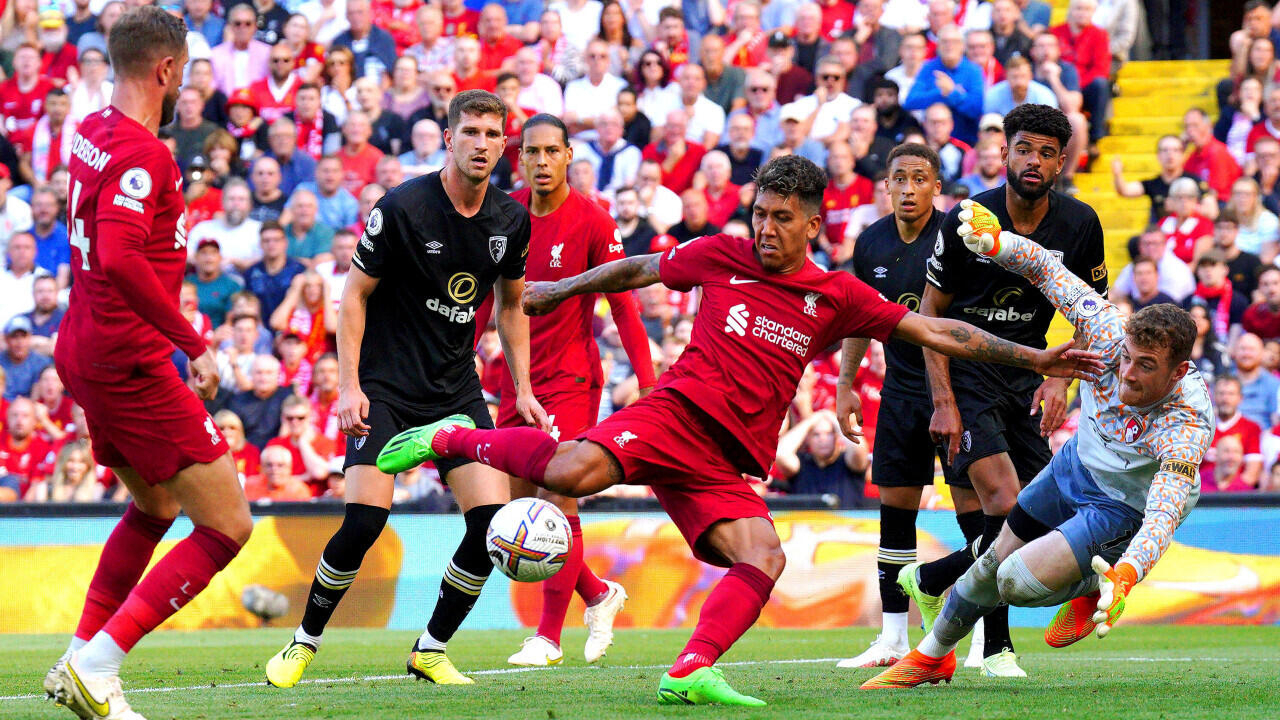 Liverpool are back and let it be known. Deprived of success since the start of the championship, the Reds equaled, on Saturday, the biggest victory in Premier League history against promoted Bournemouth (9-0). In France, held in check at home by Monaco, PSG were joined at the top of the standings by OM and Lens. In Spain, Real Madrid was once again saved by a great night Karim Benzema.

Impressive since the start of the season, Paris Saint-Germain Christophe Galtier version was trapped on Sunday at home by AS Monaco (1-1), during the 4e day of Ligue 1. The Parisians however retain the lead in the championship thanks to a better goal difference than their Marseille and Lensois runners-up, who also have 10 points. Led by Alexis Sanchez, aligned at the top, OM knocked out OGC Nice (0-3), a year after the incidents which had led to the stoppage of the match between the two rivals. Author of a double, the Chilean striker is, like the Portuguese left piston Nuno Tavares (author of his third goal in four matches), already essential within the eleven Olympian.

𝐃𝐞́-𝐜𝐢-𝐬𝐢𝐟 ⚽️
On fire on the front of the Marseille attack, @Alexis Sanchez scored his first 2️⃣ Olympian goals in the derby against Nice! El Niño Maravilla 🇨🇱 is the 𝗵𝗼𝗺𝗺𝗲 𝗱𝘂 𝗺𝗮𝘁𝗰𝗵 by @ParionsSport of this #OGCNOM ! 🔥 pic.twitter.com/T6o9vQCoZE


For its part, RC Lens dominated Stade Rennais (2-1) on Saturday at the Bollaert stadium, thanks in particular to a splendid goal from the Ivorian international Seko Fofana. In ambush at the 4e place with a late match, Lyon saved the furniture in Reims (1-1), helped by faulty refereeing which provoked the ire of the president of Reims. Finally, after two consecutive defeats, Montpellier woke up on the lawn of Brest. Without pity for the club trained by their former coach Michel Der Zakarian, the Héraultais won 7 to 0 (5-0 to 31e minute).

In demonstration, FC Barcelona outclassed Valladolid (4-0), Sunday at Camp Nou, during the 3e day of the Spanish championship, in particular thanks to his serial Polish scorer Robert Lewandowski. Untenable on the front of the attack, the former center forward of Bayern is already the author of four goals in three matches. The Catalans, however, remain behind Real Madrid, winner of the snatch of Espanyol Barcelona (3-1), and saved in extremis by two goals from the tricolor international Karim Benzema, recently winner of the best player award. UEFA.

Thanks to this success, the Merengues regain the lead in La Liga ahead of Betis Sevilla, winner of Osasuna (1-0) on Friday and crowned, too, with a third victory in as many matches. The Andalusians will travel to the Santiago Bernabeu next week to face Real there.

Premier League : the Reds finally kick off their season, Arsenal keep the lead

For its first victory of the season on Saturday, Liverpool made an impression by straining the promoted Bournemouth (9-0) at Anfield. Unleashed, like Roberto Firmino, author of a double and three assists, the Reds equaled the record for the greatest success in the Premier League. However, with 5 points in four days, they point to the 9e place in the standings, 7 lengths behind Arsenal (12 points), surprise leader at the start of the season.

The Gunners continued their winning streak by winning the derby against Fulham (2-1). They keep 2 points ahead of Manchester City, saved by their new Norwegian striker Erling Haaland. Quickly led by two goals by Crystal Palace, the defending champion finally won thanks to a hat-trick from his insatiable rookie (4-2). Finally, a double from Harry Kane, who also missed a penalty, against promoted Nottingham Forest, allowed Tottenham to stay in the good wagon in the standings. Note the sublime volley of Allan Saint-Maximin, the French prodigy from Newcastle, who offered his club, in the 90e minute, an unexpected point from Wolverhampton (1-1).

Naples missed the opportunity to take the lead in the standings alone by sharing the points with Fiorentina (0-0), Sunday in Tuscany, at the end of the 3rd day of Serie A. Neither Inter Milan, defeated by a Convincing Lazio Rome (3-1) on Friday, nor AS Roma, who resisted on the field of Juventus (1-1) on Saturday, the only two other teams, with Naples, to have won their first two matches, will not have passed the pass of three.

In total, six teams share the lead in the Italian championship standings with 7 points on the clock, including the two Roman clubs, AC Milan, who beat Bologna with a goal from French striker Olivier Giroud, holder for the first time. this season, and Atalanta Bergamo. The very surprising Torino, Saturday winner of the Cremonese (2-1), completes the squad led by Naples thanks to a better goal difference (+9).

Bayern Munich regained the lead in the German championship on Saturday in the 4e day, despite their draw at home against Borussia Monchengladbach (1-1), while their potential opponents for the title, Borussia Dortmund and RB Leipzig, won them. Before equalizing, the Bavarians, led against the course of the game from the 42e minute and a goal from Marcus Thuram, stumbled for a long time on Swiss goalkeeper Yann Sommer, author of 19 saves.

For its part, Dortmund won on the lawn of Hertha Berlin (0-1), thanks to the first goal of Anthony Modeste in the colors of BVB. This success, the third in four matches, allows the Ruhr club to come back to within a point of Bayern. Leipzig are also blowing after clinching their first victory of the season against Wolfsburg (2-0) at home, thanks to a double from their inevitable French international Christopher Nkunku.