Lewandowski: Back in Munich, he talks to Bayern 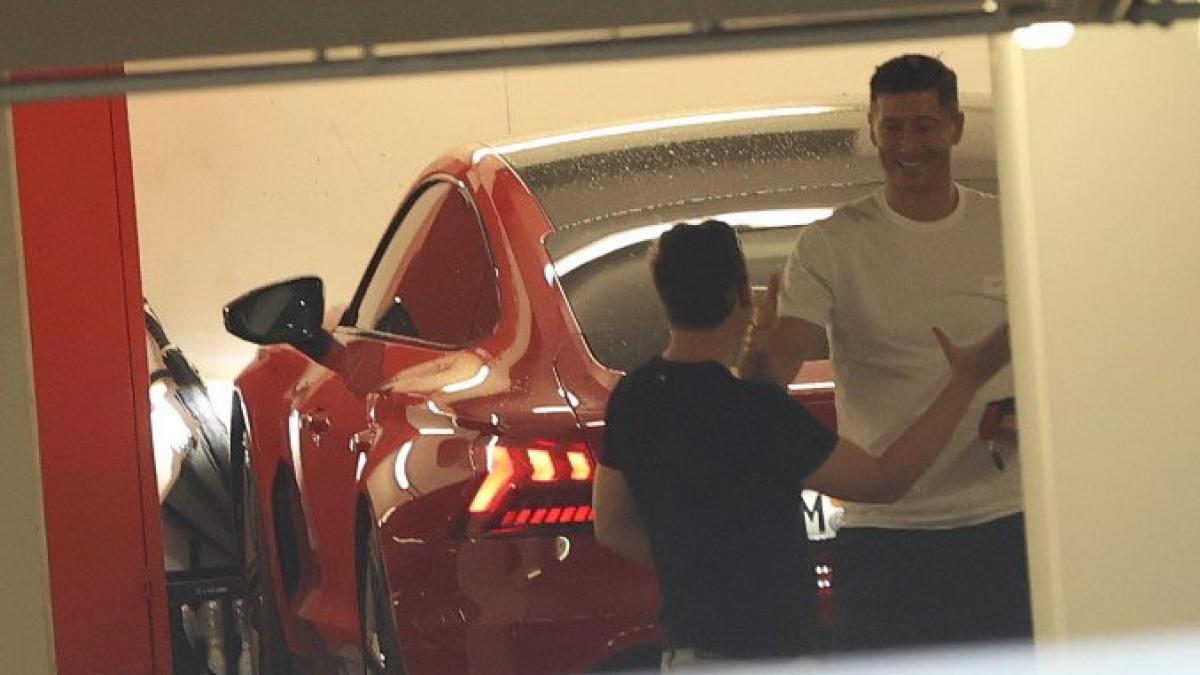 Back in Munich, Lewandowski speaks out with Bayern

For eight years, Robert Lewandowski was the big star of FC Bayern. His departure to FC Barcelona this summer was undignified, from all sides. Now striker and club in Munich made a clean sweep.

RObert Lewandowski’s chapter at FC Bayern Munich comes to a happy end. In addition to the emotional farewell to his ex-teammates and a final push for Serge Gnabry, Thomas Müller and Co., there was also a discussion with the Munich executive floor on Tuesday. “We spoke for another 15 minutes. I addressed everything, we clarified everything,” said sports director Hasan Salihamidzic, according to the club’s announcement.

The noisy change of the former Munich star striker to FC Barcelona ends in harmonious tones. “Everything is okay. I met everyone and can now go with a clean heart,” said Lewandowski before his departure in the red sports car. The disagreements with Salihamidzic, who described his emotional state as “emotionless” before the meeting, have been resolved. “Last week was complicated for everyone. Nevertheless, I will never forget what has happened here in the last eight years,” said the Pole.

Before his return to Säbener Strasse, Lewandowski once again criticized the behavior of those responsible at FC Bayern in the course of his move and spoke of “a lot of politics”. Salihamidzic then reacted with incomprehension: “I cannot understand what he has said in the last few days. My dad taught me not to slam the door with my butt when I’m going somewhere,” said the 45-year-old.

There was no talk of new blame on Tuesday – on the contrary. “Robert did a great job for FC Bayern, that should be remembered. He also knows what he owes to FC Bayern. We wished him all the best for his new challenge,” said Salihamidzic. And CEO Oliver Kahn also assured after turbulent weeks: “We talked about everything, parted on good terms and will stay in touch in the future.”

Farewell photos with his trophies

A formative time came to an end for Lewandowski when he returned to his old place of work. “It’s sad,” replied the 33-year-old when asked how he felt after his departure. “It was an emotional moment and also a difficult moment for me, it’s not that easy,” said the attacker, for whom Bayern received well over 40 million euros a year before the end of the contract.

Before the final Servus, Lewandowski traveled through his impressive past in the Bayern jersey again on Monday in the Allianz Arena. As reported by “Bild”, the top striker is said to have taken farewell photos with his trophies. Eight times German champion, three DFB Cup winners and one Champions League winner is the brilliant Lewandowski yield on the Isar. After 344 goals in 375 competitive games, the chapter is closed.

“I’ll never forget what I got here,” said Lewandowski while being bid farewell by a few supporters on Säbener Strasse. “The fans have always been very important to me. That stays in my heart forever.”