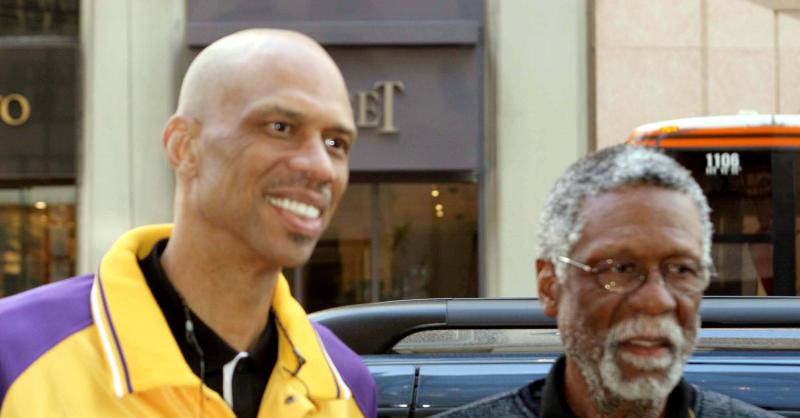 Kareem Abdul-Jabbar is the top points scorer in NBA history and a six-time champion. In his career he has played an important role in American society not only as a basketball player but also as a social activist.

But if you read Abdul-Jabbar’s words, he wouldn’t have matured into the player or the person he has become without Bill Russell. Abdul-Jabbar made that clear in a touching farewell letter to Russell, who became an 11-time NBA champion and passed away on Sunday at the age of 88.

Abdul-Jabbar (75) describes how his friendship with Russell developed over six decades and how he was inspired by Russell’s behavior on and off the pitch. Abdul-Jabbar recounts how he was impressed by Russell at the age of 14 when he first met him, calling Russell “childhood heroes”.

“They say you should never meet your heroes. That most of the time it’s disappointing, disillusioning or discouraging,” writes Abdul-Jabbar. “But that wasn’t my experience. I was thrilled. He spoke to me. And I thought I saw in his eyes someone who had a passion for the game that burned deep, hot and bright.”

Abdul-Jabbar explains that Russell has become more accommodating with each subsequent meeting, and shares a special secret. It wasn’t until he was 67 that Abdul-Jabbar had the courage to ask the Celtics legend for an autograph.

Abdul-Jabbar describes how Russell influenced him off the court, particularly through his behavior at the “Cleveland Summit” – a group of mostly black athletes set to judge the sincerity of boxing champion Muhammad Ali’s refusal to enter the to be drafted into the US Army. Despite Russell’s prominence within the group, Abdul-Jabbar said he didn’t push himself. Instead, Russell encouraged the group – which included several former military personnel – to listen to Ali with an open mind.

“This sensible approach proved much more effective than trying to influence us,” writes Abdul-Jabbar. “He knew that Ali could speak eloquently and passionately for himself and that if we were open we would see the truth in what he was saying. That was a tremendous lesson in humility and leadership that I learned many afterwards directed for years.” Abdul-Jabbar writes that he studied the way Russell presented himself in interviews and in his autobiography Go Up for Glory.

“What was particularly striking was his refusal to become the stereotypical angry black man that many wanted him to be,” Abdul-Jabbar said of Russell. “Instead, he focused on finding a path to change and social justice through concrete actions and programs.”

As Abdul-Jabbar deepened his friendship with Russell over the years, the younger star made it his mission to break the older statesman’s austere facade and make him laugh.

“He had a high-pitched giggle from a laugh – something between a chattering goose and a screeching donkey – and nothing lit up a room quite like his laughter,” writes Abdul-Jabbar. “When Bill laughed, you couldn’t help but laugh along.”

The women’s European Football Championship will take place in England from July 6th to July 31st, 2022. The opening game will be played by hosts England and Austria. The German national team meets Spain, Denmark and Finland in Group B.

Basketball drama Hustle is going through the roof on Netflix. The film with Adam Sandler and many current and former basketball stars from the NBA is number one in the German Netflix charts. Dirk Nowitzki can also be seen in the film.