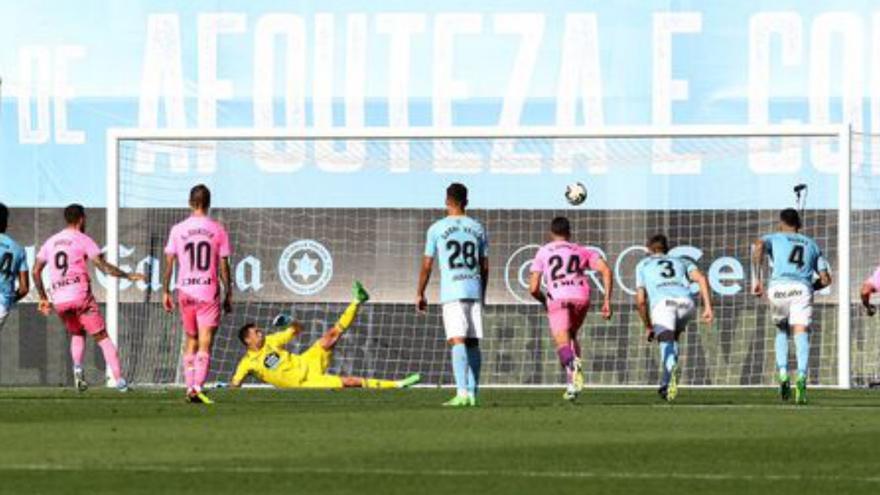 Joselu scores a penalty in the added time. | EFE/SALVADOR SAS

Tachycardic debut on the wig bench of Diego Martínez. Espanyol managed to salvage a late point at Balaídos thanks to an innocent Mingueza penalty which Joselu converted to level the game at two. The white-and-blues were superior to Celta in the first half, but the quality of Aspas, with a goal in the last move, allowed the hosts to go into the break with the win. In the second half, the Galicians extended their advantage with a header from Paciencia assisted by Galán in the 63rd minute. Espanyol closed the gap with a goal from Edu Expósito eighteen minutes from the end. When it seemed that Celta would open with a win in the league, Mingueza committed a penalty on Joselu, awarded by VAR, which the striker himself did not waste in the eighth minute of added time.

Champions League: Shock for Leipzig! Gulacsi has to be carried off | Sports