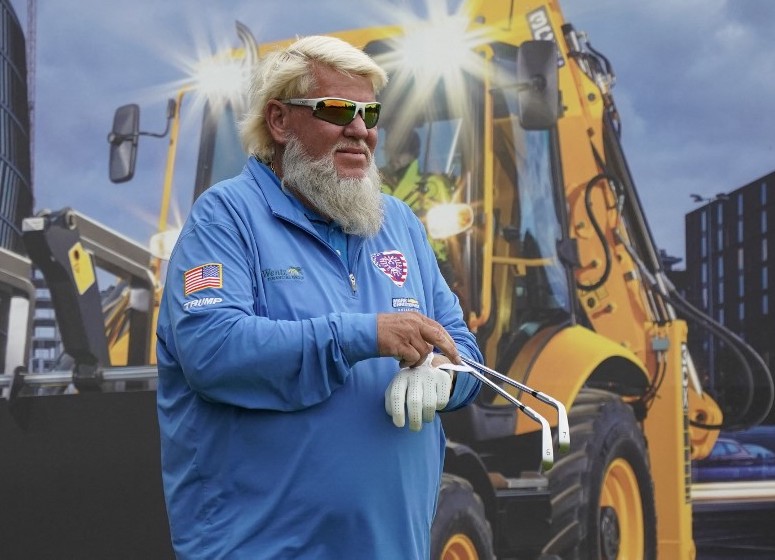 A guest on Piers Morgan’s “Uncensored” show, John Daly has revealed he really wants to be part of the LIV Golf Invitational Series. With his usual outspokenness, the American said he thought he belonged on the exhibition circuit.

“I begged Greg Norman to let me participate in the LIV tour”he said in the program available online.

He went on to explain how he thinks the LIV circuit is better than the PGA Tour or even the PGA Tour Championsthe circuit that John Daly most common with Legends Tour and Europe.

During The Open which he played as a former winner, Daly says he played very relaxed practice games and that he could see himself doing it for more money.

“I play two to three pro-ams every week on the Champions Tour and we don’t play for a lot of money on those tours, so I figure I don’t get much out of it. So what to do? »

« I sometimes prefer to play with amateurs rather than pros, but we should be compensated for that. On the LIV, we pay the players. They’re playing pro-ams, it’s a big party, they’re playing for a lot of money, and these guys that are on this circuit deserve this argent. I think there are a lot of other guys who deserve that money. Especially this old man Daly said, pointing to himself.

Interviewed by the journalist-host Piers Morgan Regarding the controversy surrounding the involvement of Saudi Arabia, the two-time Major winner was less talkative.

« Piers, let’s not talk about that. They don’t want to be mentioned because of, you know, all the labor laws and stuff. It’s incredible. Politics is so stupid. We could talk about Nike, I could talk about other companies. Eight-year-olds make shoes for Nike. Prince MBS is a great gentleman…”

Daly then admitted that he was too old but above all he came up against the fact that Greg Norman no longer invited other players to the LIV because places are limited.

Also not sure that seeing Big John playing in a golf cart (as is increasingly the case) and smoking on the course does not damage the image of the LIV Golf Invitational Series who are trying to qualify for the award of World Points.