“James Rodríguez is healthy and is not injured, what he is is boring” | Colombians Abroad 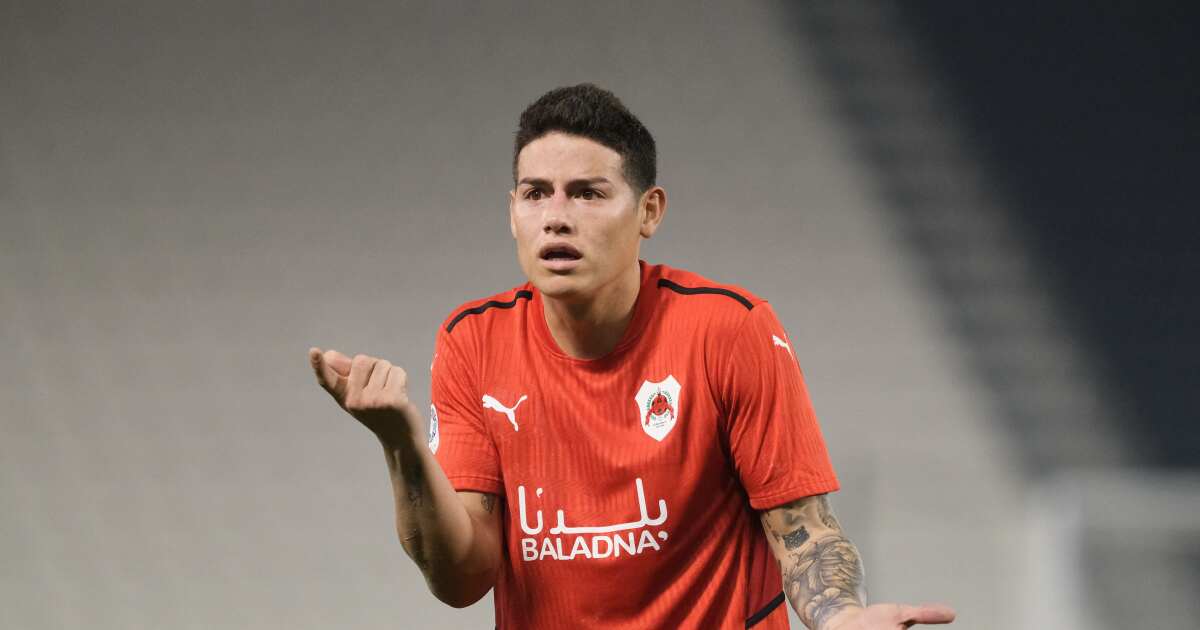 The present of continues to be news, even more so after he was not present in the debut of the Qatar League with Al-Rayyan, last Wednesday, where the Colombian team lost by the slightest difference against Al-Shamal. Precisely, in this meeting it was expected that the cucuteño would see action, but it was not like that.

When the team of the former Real Madrid player revealed the starting list, Rodríguez Rubio was not part of the initial team and was not on the substitute bench either, a fact that surprised all the followers of the Colombian national team footballer.

After that, a journalist in Qatar published that James was injured and that it would be something serious, but the same offensive midfielder went out on social networks to deny the whole situation, which was already causing a stir for the near future of the midfielder.

Now, this Friday, our general director, Javier Hernández Bonnet, revealed new information about the state in which James Rodríguez is at the moment. This in the broadcast of ‘Blog Deportivo’, from ‘Blu Radio’.

“He is good and healthy, he is not injured, what he is is boring. He is waiting to reach an agreement with Al-Rayyan to undo the contract, that is why he does not play. According to sources, he is in good condition, but It is not known if he is well in football because he does not play,” he said on the radio program.

In addition, in the same way, he gave more details of what the midfielder born in Cúcuta and who has a current contract with Al-Rayyan, where he came from Everton, from England, would be looking for.

“What they have not been able to find is a salary scale that is similar to what is earned at Al-Rayyan, it is very complicated like that, he wants to finish the contract, with a good salary, but there is no club that can give him that money,” he said.