Impersonates a basketball player to swindle the purchase of a €43,000 car 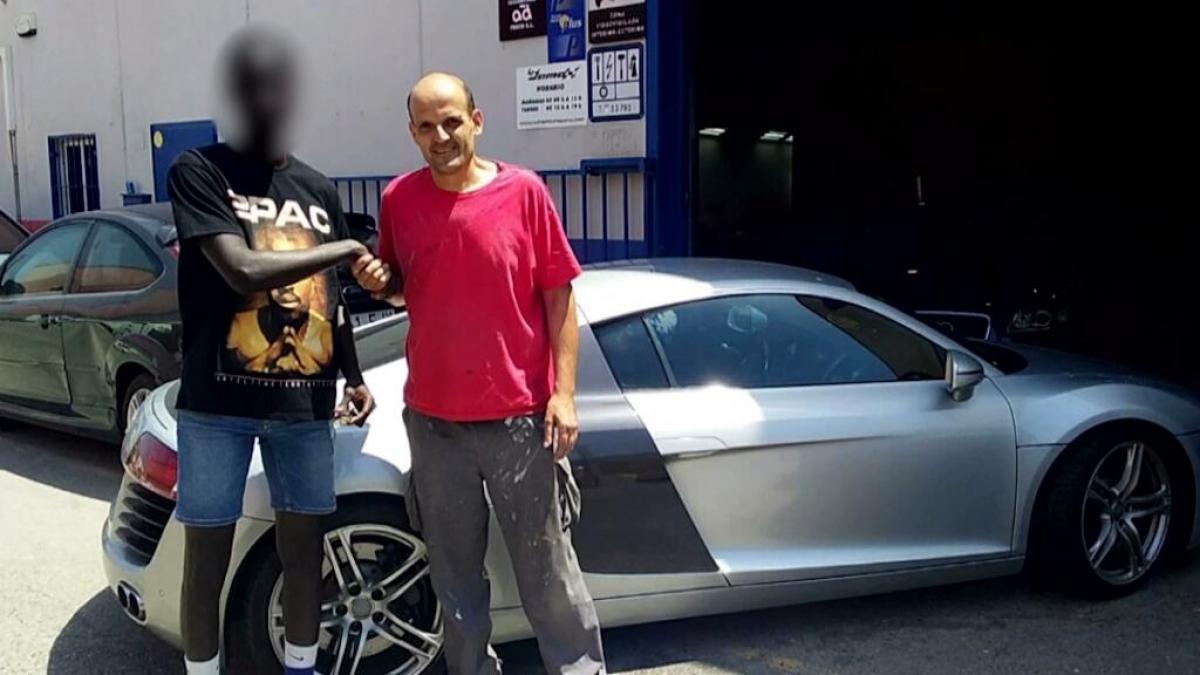 The Autopinturas Jama establishment, located in Tarragona, has been the victim of a scam: a young man posing as Khadin Sow, a former Real Madrid basketball player who now plays for the Swiss club BBC Nyon, has pay for a second-hand car valued at 43,000 euros. It is a copy of the Audi R8 supercar.

Although about two weeks have passed since the theft, there is no trace of either the scammer or the powerful car. For this reason, from the company, they ask for the citizen’s collaboration to locate the vehicle, with registration plates 9206FWS, and to be able to arrest the perpetrator of the theft. According to Raquel Fernández, a company administrator, it is not the first time that this man supplants the identity of the Senegalese player to obtain his own benefit. And it is that once they realized the deception, they began to investigate and saw that there were more victims.

The event dates back to July 19, 2022, when the man went to the dealership workshop to see and test the car, which was for sale. As Fernández explained, the individual presented himself claiming to be the basketball player Khadim Sow. After driving the car, he said he wanted to buy it. Then the transfer process was carried out with complete normality.

In fact, the alleged athlete even showed the manager the balance of his account -apparently it was 17 million euros- to give credibility to his deception. “Everything seemed real: he made the transfer in front of us without there being anything unusual and during the entire meeting he was giving us details of his life that in no case made us think that he was lying,” explains Fernández.

Later, the young man took the car without anyone suspecting the scam. The alarms went off when he subsequently called the company to report that the money would arrive later than expected, arguing that his bank is abroad and this would delay the transfer. The account was allegedly linked to a financial institution in the Netherlands.

As the days passed and the payment was not received, the company reviewed the documentation presented in the vehicle purchase-sale operation. It was then that they realized that Khadim Sow’s name did not appear on the identity document, but Kharim Kane Touré’s. On July 27 they presented the complaint to the Mossos d’Esquadra.

According to Fernández, the Catalan police already had proof of the scammer’s activity. And since this fact has been made public, other victims have contacted Autopaintings Jama. “They are people from Bilbao, Burgos, Valencia… From multiple places and very diverse sectors: they have scammed in nightclubs, rural houses, taxis…”, details Fernández, who assures that they are evaluating joining a group of affected people.