Ignacio Monzón qualified for the doubles semifinals in Serbia 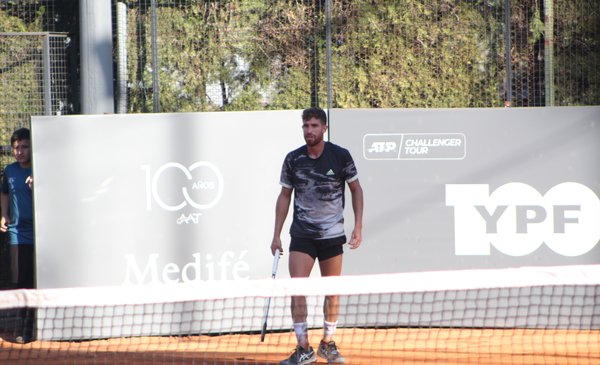 Ignacio Monzón from Corrientes, along with Lorenzo Joaquín Rodríguez, qualified to play one of the semifinals of the M15 tennis tournament that takes place in Novi Sad, Serbia.

Yesterday, the Argentine duo beat Brazilians Igor Gimenez and Nicolás Zanellato 7-6 (7-2) and 6-2 in a match that lasted 1 hour and 30 minutes.

For a place in the final, the Argentines will face today Frane Nincevic (Croatia) and Oleksandr Ovcharenko (Ukraine) who yesterday beat Tom Evans (Australia) and Dimitris Sakellaridis (Greece) 6-3, 6-2.

Monzón (399 in the ATP doubles ranking) and Rodríguez are the second seeds in the championship that is played on a clay surface and distributes 15,000 dollars in prizes. In the first round they eliminated David Amirov (Russia) and Mihajlo Milosavljevic (Serbia) 6-0, 6-2.

Monzón participated in the singles draw of the Serbian tournament, but in the first round he was eliminated by Kristijan Juhas (Serbia) 6-3, 6-2.