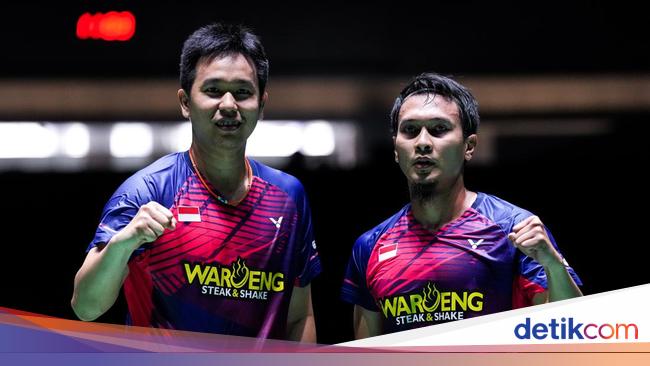 Hendra Setiawan/Mohammad Ahsan will finish his final duel in the final 2022 Badminton World Championship. If successful, this will be the eleventh title for Indonesian men’s doubles.

Appearing as a finalist at the Tokyo Metropolitan Gymnasium, Japan, Sunday (28/8/2022), The Daddies will meet the Malaysian pair Aaron Chia/Soh Wooi Yik.

This duel will be their eleventh meeting since they first met at the Malaysia International Challenge in 2018. At that time, Hendra/Ahsan showed their dominance by winning 21-17, 17-21, 21-19.

But then Hendra/Ahsan managed to revolt in the 2019 BWF World Tour Finals, and won again in the next two meetings. Recently, Aaron/Soh returned to avenge the previous loss to Hendra/Ashsan by winning the last two duels at the Tokyo Olympics and the Malaysia Open.

If Hendra/Ahsan succeed in reversing, then this title is not only meaningful for Indonesia after only one representative succeeded in achieving the target, from the beginning, two titles were proclaimed. But it is the eleventh world title for Indonesian men’s doubles.

Previously, the Indonesian men’s doubles had collected ten gold inks. The first title was won by Tjun Tjun/Johan Wahjudi at the 1977 World Championship. Then in the next edition in 1980, the title was donated by Ade Chandra/Christian Hadinata.

The dominance of Indonesian men’s doubles continued with Chandra Wijaya/Sigit Budiarto who won the title in 1997. Then in 2001, Halim Haryanto/Tony Gunawan also won the title, and returned without a title from the men’s doubles in the next four editions. Hendra Setiawan/Markis Kido came and became an oasis for the vacancy of the men’s doubles title. They won it at the 2007 World Championships.

Meanwhile, the other three titles were presented again by Hendra Setiawan, but with his new partner, Mohammad Ahsan. They won the title in 2013, 2015, and the last time was 2019 in Basel, Switzerland.

Watch Videos”The Daddies Fail to Make it to the Finals, Netizens Give Spirit to Win Bronze“
[Gambas:Video 20detik]
(mcy/also)