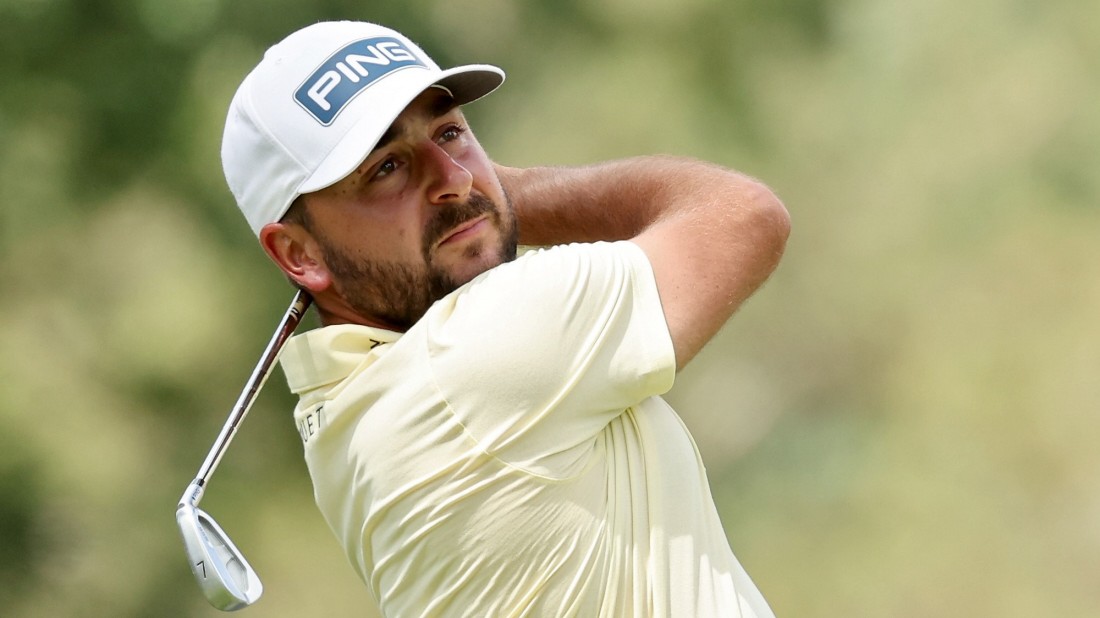 The journey to Greensboro was easy for Stephan Jäger for a number of reasons. Firstly, because he could conveniently take a direct flight chartered through the PGA Tour from Detroit, where the Rocket Mortgage Classic had been taking place until Sunday night. Without transfers and long car journeys, which are normally necessary to get from tournament to tournament in the USA, one is “much more relaxed”, says Jäger on the phone in Greensboro in the state of North Carolina, from where he met a Bavarian “Servus” reports: Even after more than ten years in Tennessee, the debate is sitting.

Above all, he is relaxed because it has been clear since Sunday evening that he will also play on the PGA Tour next season – and his sporting future is thus secured for the time being.

A fifth-place finish in Detroit was enough to safely place himself among the top 125 players in the US rankings who will be eligible for the 2022-23 season. In addition, Jäger will take part in the playoff tournaments, which will start next week and will then be played out over three weeks – with increased prize money and a lot of prestige. “That was the first thing I said to my wife after the tournament: Yes, I’m very happy, but I have a lot planned for the next few weeks,” says Jäger, who is in a comfortable position for the first time in his career , not to approach the final tournaments of the season from the defensive.

Eichenrieder got his ticket for the PGA Tour back in 2017, but at the end of the season he only managed 165th place in the Fed Ex Cup rankings. Jäger just managed to earn another place in the highest American golf series through a qualifying tournament, but in 2019 he was only 152nd there again and had to go back to the second division. On the Korn Ferry Tour, the 33-year-old played great golf and won several times, but this time the pandemic prevented a faster rebound: Jäger had to wait longer than usual because 2020 was not possible ascents and descents, but played the full this season number of tournaments and was more successful than ever before in his career.

Two top 10 and five top 25 finishes earned him the tour card, even if Jäger speaks of a “roller coaster ride”: “I had some very good tournaments, but also some really bad ones.” In terms of golf, he is satisfied with the constant development (“My statistics are getting better from year to year”), but in between his putter, which is otherwise Jäger’s favorite club, let him down for a few weeks. In Detroit he played “the best tournament of the year”, says Jäger – and yet he was shown his limits again.

The season is not only sportingly but also financially Jäger’s most successful: He earned a little more than 1.1 million US dollars

At the final hole, he and his playing partner Cameron Young, one of the best young players in the USA, passed the leaderboard, where both found their names high up: “We both said that we had some pretty fantastic weeks and actually couldn’t have played any better ” says Hunter. He was an impressive 20 under par, Young was 21 – and yet American Tony Finau won in the end by five strokes. “Winning is just incredibly difficult at this level,” says Jäger: “Every week at least one player has the perfect four days and is then almost unbeatable.” The hope remains that at some point Jäger will also be this player.

The 2021/22 season is not only sportingly but also financially Jäger’s most successful: He has earned a little more than 1.1 million US dollars so far, in the next two weeks a little more is likely to come and next year even more so: The PGA Tour has announced that it will increase the prize money again. “It’s always difficult when someone who earns so much money says that even more would be good,” says Jäger, who points out that with a lot of travel, trainers and physio, he also has high costs. However, he has retained a certain down-to-earth attitude, says Jäger.

“I understand anyone who switches to the LIV Tour for a lot of money,” Jäger says of those of his teammates who compete on the new Saudi Arabian Tour for even more money instead of staying on the competitive PGA Tour: “For that goes It’s about hedging, and of course that’s appealing.” For the time being, however, it is not an option to simply be paid off for the rest of your career: “To be honest, I don’t know if I would then have the same drive to work so hard every week. It’s about the competition and about being sporty to win.”