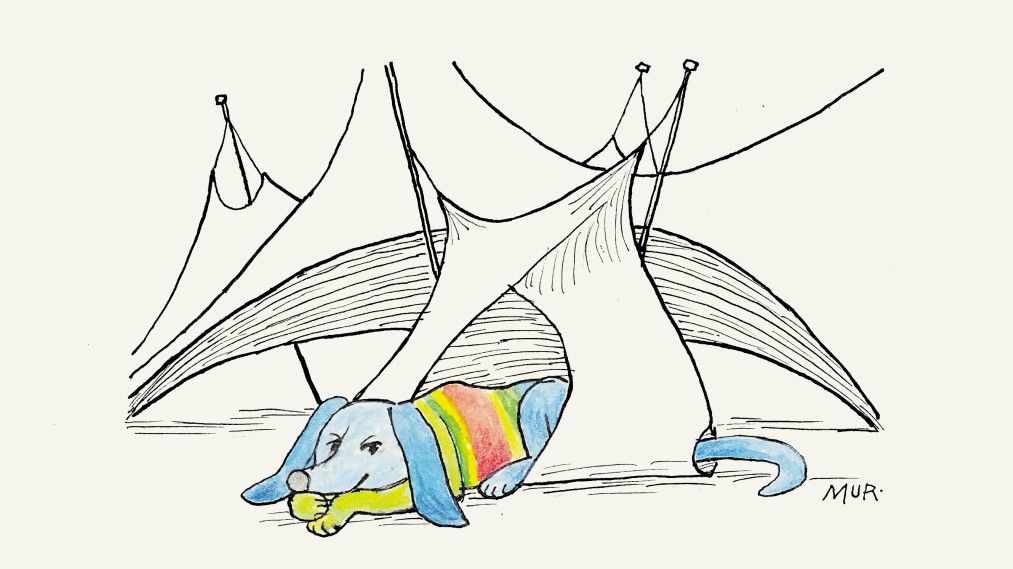 Anyone who follows a legend always has a hard time, the Beckenbauer successor Berti Vogts knows it, the Gottschalk successor Markus Lanz knows it, the Queen Elizabeth successor will know it at some point. A legend’s footsteps are so big. Even the footsteps of the dachshund Waldi, apparently flat indentations in the quicksand of everyday life, are in fact real craters of memory, because Waldi is still the heart of Munich, a city that has gone to the dogs. Waldi, the heraldic animal of the 1972 Olympic Games, has just managed the feat of being depicted on three different announcement posters on the billboard of the Munich City Museum. Not even Karl Valentin managed to do that, nor Bavaria nor Pumuckl.

Waldi, a legend with a golden heart and the body of a sausage, is rightly enthroned above this column, which will be dedicated to the European Championships in the coming weeks. 50 years after the Olympics there is a bit of the Olympics in town again. Of course, the European Championships also need a mascot, and the organizers were wise enough not to provide another dog. Whoever follows the legend must be different from the legend. So a painting competition was started, an eight-year-old from Nuremberg drew a squirrel with a traditional hat and sports trousers and won. The squirrel, as Hellmut von Cube wrote, is an animal that can also be found in Bavarian gardens, but it has retained its exoticism. “While hardly anyone watches the pigeons because everyone knows them by heart, people stop short when they see the squirrel.” There is little objection to a squirrel, especially one drawn by an eight-year-old girl from Nuremberg. In terms of image, squirrels are on a par with summer vacation, Jürgen Klopp or vanilla ice cream. Most people like squirrels. And the fact that this one is wearing sports trousers may be irritating, but it’s less irritating than the World Cup lion Goleo, precisely because he wasn’t wearing any trousers.

However, the squirrel of the European Championships is called Gfreidi, which gives deductions in the B grade, because Gfreidi is derived from the demanding “Gfrei di!”, Bavarian for “Be happy”, a variant of the imperative that comes across as a bit old-fashioned. In the term Gfreidi, unpleasant Karl Moik vibes are noticeable. Gone are the days when TV guides (“Listen!”), board games (“Don’t get angry!”) or fruit candies (“Take two!”) are named after commands. The name that the squirrel Gfreidi bears is suboptimal, but his shape is the best. The bushiness of squirrel tails is reminiscent of sideburns worn by numerous athletes in the 1970s and thus also at the Olympics in Munich. And so the squirrel of 2022 still draws an artful link to the time of the dachshund of 1972, so it brings the epochs into contact, so Gfreidi says “Griaß di” to Waldi. Let The Games Begin.