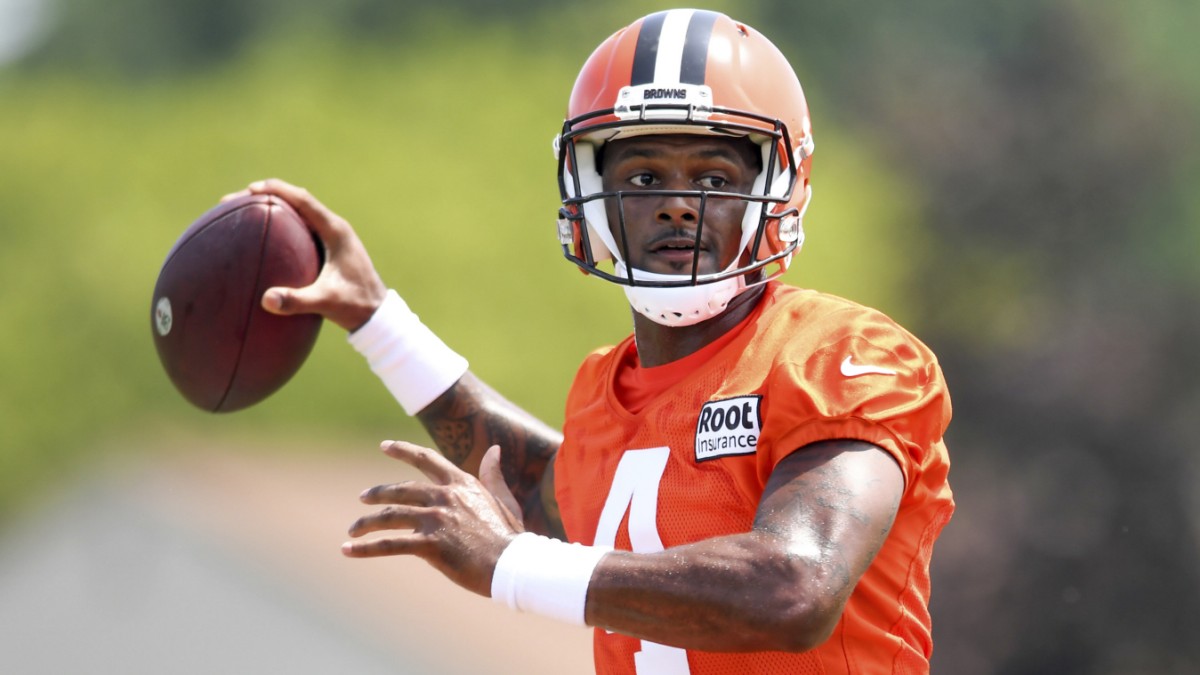 Deshaun Watson will be suspended for six games. What’s really interesting about this ruling isn’t the length of the sanction, but how predictable it all was. Because mediator Sue L. Robinson’s decision is such that everyone involved can be reasonably satisfied. As so often in US professional sports with such scandals.

The Cleveland Browns quarterback will miss a good third of the regular season (17 games per team) but will be available to his football club at key moments next season. Watson himself, who became the highest-paid player in NFL history ($230 million for five seasons) after his move from the Houston Texans to the Browns this year, only has to give up $345,000 because of the six games missed and can continue to be innocent name – even if 30 women have accused him of sexual harassment.

And the NFL can boast of taking the allegations seriously, investigating them extensively and demanding a hard ban of at least a year; knowing that it was highly unlikely that this would happen. League boss Roger Goodell is expected to accept the verdict. He could veto until Thursday. However, this is considered rather unlikely.

So the judgment satisfies everyone involved to some extent – but is it fair and reasonable?

Since March 2020, 25 civil lawsuits have been filed – in most cases Watson has settled out of court

From the front: There have been 25 civil lawsuits since March 2020; each by women who claim they were sexually harassed by Watson during massages. According to the allegations, he wanted more than just taking care of his tired muscles. He used explicit gestures to force women to perform sexual acts on him and included women in his sexual acts without their consent. Some of the indictment is very explicit. The allegations were criminally investigated, but two courts in the US state of Texas decided not to institute proceedings against him.

That left the civil lawsuits. And then Watson’s lawyers announced in June that they had settled 20 cases out of court. A lawsuit was dropped because the alleged victim refused to publish his name as required by the court. On Monday, a lawyer for Watson said it had settled three more cases with the alleged victims, and the last remaining case is expected to be settled out of court. Nothing is known about the sum; The only thing that is certain is that Watson can continue to claim to be innocent.

Watson’s former Houston club also settled out of court with a total of 30 women. The football franchise had been accused of condoning or even encouraging the player’s behavior; In all, Watson had booked massages with 66 women over a 17-month period, more than a third of whom accused him of improper behavior. The settlements may not be an admission of guilt, but that doesn’t end the case. This is where the collective bargaining agreement between the NFL and the players’ union comes in: has someone sullied the reputation of the league through their behavior and thus, the sacrilege in US sports capitalism, endangered sales?

Mediator Robinson points out that because of the collective agreement and compared to previous cases, a six-game suspension is appropriate

In such cases, the league often demands or even pronounces a severe penalty; after that there is an appeal by the players’ union or the players and that results in a lighter sentence. A few examples that are important because mediator Robinson now says she has taken this as a guide: Kareem Hunt (2019, Browns) and Mark Walton (2020, Miami Dolphins) were suspended eight games each, Jarron Jones was suspended ten games (2021 , without association) – all because of domestic violence against women.

Robinson’s justification states that Watson was not violent and therefore the requested ban for the entire season including the playoffs would have been disproportionate in view of these previous judgments by the league. However, it has been proven that Watson’s behavior violated the rules of the collective agreement and “his predatory behavior cast a bad light on the league and the players”. She calls his behavior “outrageous” and in the justification also speaks of sexual coercion.

So that means: Watson, 26, was very guilty of something. The question now is why he is not being prosecuted elsewhere.

Watson is allowed to complete the pre-season with the team. He will be out of contact with his new club for the first three games of the season, which opens on September 8; after that he can train with the team again, on October 23 he should celebrate his debut for the Browns at the Baltimore Ravens. One of the stipulations is that for the rest of his career, Watson’s respective club will determine when and by whom he will be massaged.

Six games ban and a salary loss of 0.15 percent of the current contract: One can debate whether this is appropriate given the unrefuted allegations. NFL boss Goodell can still appeal.