Football: ‘Keep the rapists off the pitch’, the explicit banner that flew over the Premier League opener 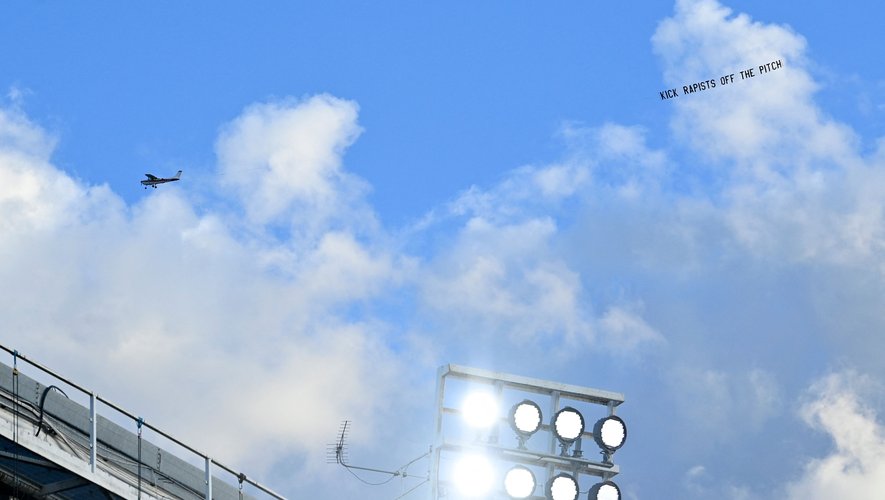 the essential
Friday, Crystal Palace received Arsenal at the opening of the English championship. If the Gunners won 2-0, one of them was the target of a banner flying over the stadium with the message “Get the rapists off the pitch”.

The Premier League was back on Friday evening with, already, a London derby. Crystal Palace received Arsenal, Mikel Arteta’s men won 2-0 on the lawn of those of Patrick Vieira. We will remember from this match a plane which flew over the Selhurst Park Stadium, towing the banner inscribed with the message: “Get the rapists off the field”.

Thomas Partey, suspected of rape, was greeted by a banner in the sky above Selhurst Park Stadium, home of Crystal Palace!

These strong words are at the initiative of the feminist collective Level Up but also of Arsenal supporters who wish to make their club an example in this area. Recently, the Premier League has been affected by sexual assault cases with two of its major players, world champion Benjamin Mendy (City) and nugget Mason Greenwood (United).

ud83cudff4?????? Faced with the resurgence of accusations of sexual assault against professional players, the Premier League has decided to send out mandatory training on sexual consent.https://t.co/HSldWYsoQI

Flying over this opening match is anything but a coincidence since recently an Arsenal player was accused of sexual assault. If his identity was first preserved, it would ultimately be Thomas Partey, the middle of the Gunners. The Ghanaian international was jeered at each ball touched.

Such protests are likely to be repeated in the future, especially as the Premier League introduced mandatory sexual consent training this season.