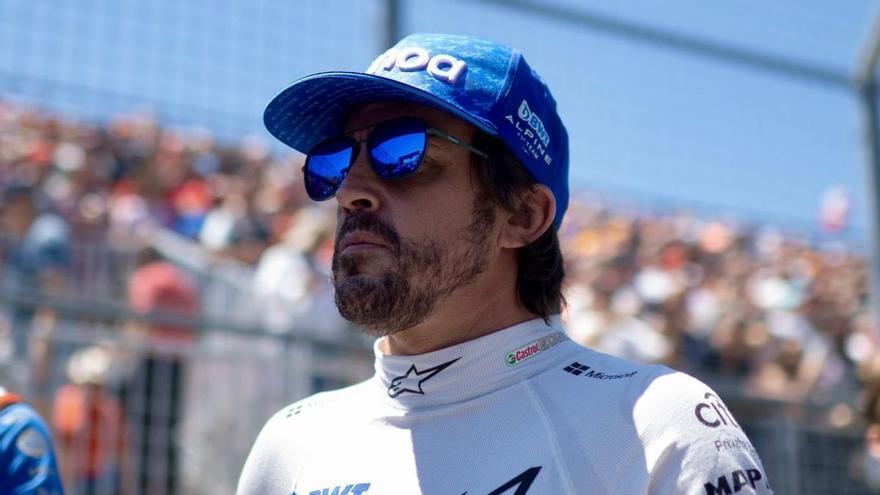 The problems that Fernando Alonso has starred with some of his teammates. The most remembered, without a doubt, is the ‘affair’ at McLaren in 2007 with Lewis Hamilton, although it has also had its ups and downs with Felipe Massa at Ferrari or now at Alpine with Esteban Ocon.

Could the same thing happen next year at Aston Martin with Lance Stroll? It is a question that many ask themselves, above all because the Asturian and the Canadian have already had their ‘piques’ in the past.

The most notorious occurred at the start of the 2018 United States Grand Prix. In the fourth corner, the Canadian He went too far on the brakes with his then Williams and took the Oviedo’s McLaren ahead, forcing him to leave.

“I don’t know the damage I have on the car, but you can’t race with these drivers, they go out and immediately collideit is impossible to run like this”, Fernando Alonso released by radio visibly angry.

The thing, however, did not end there and, after the race before the media, he insisted that “you cannot race with these riders. It is like one who is forced to put up with small children around. The level seems lower than ever. In Spa, they bowled in the first corner, here again in the fourth corner… It is a lack of control of distances and speed that is quite strange to see. By the way, that day Lance Stroll was only given a ‘drive through’ for that action.

The last incident in this 2022

However, and much closer, was the incident that both carried out in the pre-season tests in Bahrain last March. His ‘pique’ on the Sakhir Circuit with several overtaking included may be a clear warning of what could come next season if the team does not set very clear guidelines.

Of those training sessions, precisely, it was Stroll who came out very angry with Fernando Alonso. “I was on my long run and I think maybe he got frustrated. I noticed that he was on a flip lap or something. He was just trying to follow my race simulation. They told me he was lapping in 1:40 and I think maybe he was on a cool down lap or made a mistake and miscarried and then got back on the throttle,” the Canadian said.

“I don’t know, I wasn’t sure what show he was doing, but he got a little excited. She stopped in front of me and started fucking me. I just wanted to get on with my batch, so I gave it back. And then he tried to pass me again and I just overtook him back and kept going.”

Punctual scuffles that, it is clear, could occur again in 2023 at Aston Martin and more considering that Lance Stroll is the son of the owner of the team, which could give him a certain favoritism. However, in this sense, it should also be clarified that Fernando Alonso has always maintained a cordial relationship with the Strolls off the track and that Lawrence (Lance’s father) already tried to sign him in 2020 before joining Alpine.

On the other hand, the one who will be his new partner in 2023 has been in Formula 1 since 2017, has contested 113 grand prix and his merits are recognizable beyond the fact that many continue to think that He remains at Aston Martin because his father, Lawrence Stroll, owns the team.