EuroBasket: Lorenzo Brown’s first day: “Being with Spain is the opportunity of a lifetime” 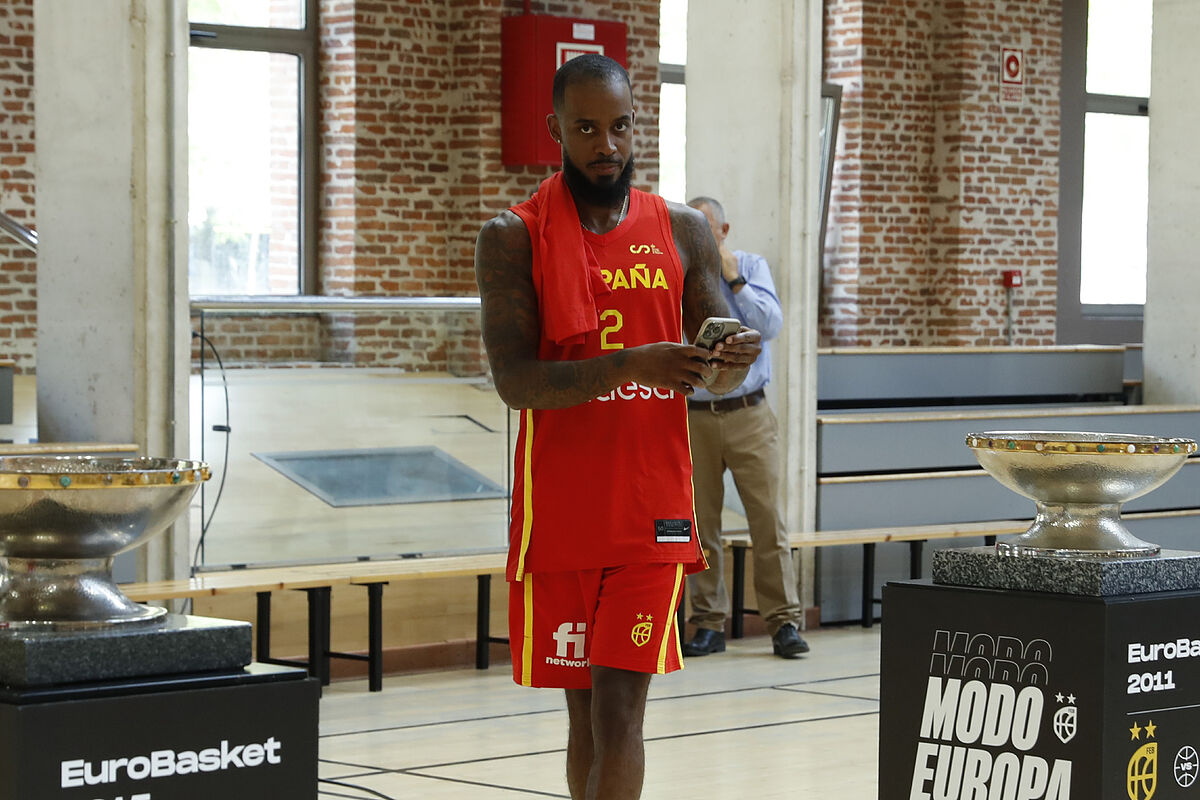 The base, nationalized a month ago, was the center of attention on the first day of the Spanish team on the way to the Eurobasket

The spotlights, logically, pointed to Lorenzo Brown on the first day of filming for the Spanish team. Within a month, the Eurobasket will have already started and there, barring any setbacks, will be Brown, nationalized for the occasion last month. “For me it’s an honor and I’m excited to start, I’m ready to learn and continue my journey here,” he admitted in English, after beginning his speech in Spanish with: “I’m happy to be here.”

“What has brought me here is an opportunity that has been presented to me and to which I have not been able to say no, so, as I have said, being here is the opportunity of my life”, declared the base after the presentation of the combined national in Madrid.

His history with the Spanish national team began last year, while he was still a UNICS Kazan player, as he himself confirmed. “I received a call from my agent and I spoke with the coach and I couldn’t say no. Watching this team, seeing players like Pau or Marc (Gasol) play. For me it’s an honor and I’m excited to start, I’m ready to learn and continue my path here”, he sentenced.

“I never liked getting into politics”

His express nationalization, almost a month ago, generated controversy in different corners of Spanish basketball. However, Brown came to the fore about that non-basketball situation. “I have never liked to get into political things, I don’t think it is my subject, I have come here to play basketball,” he settled.

Brown called his arrival on the team “a wonderful feeling” and praised the two team captains, rudy fernndez y Sergio Llull. “I watched Rudy play in my youth and he is one of my favorite players on this team, he is a great pitcher and meeting him is an honor because he is a good guy off the court as well,” he commented.

Jorge Garbajosa, president of the FEB, was full of praise for him. “One player in particular has made an enormous personal effort, of course physically and sportingly, to be here. Personally as a matter of love, affection for basketball in our country, commitment to our team.”

The leader related that “during the process to get here” that began “a long time ago” and that “it has not been easy” they have been able to get to know the personal side of Lorenzo Brown. “It has allowed us to meet a close, caring, ambitious person with a very special love for our basketball and our national team,” he stressed.