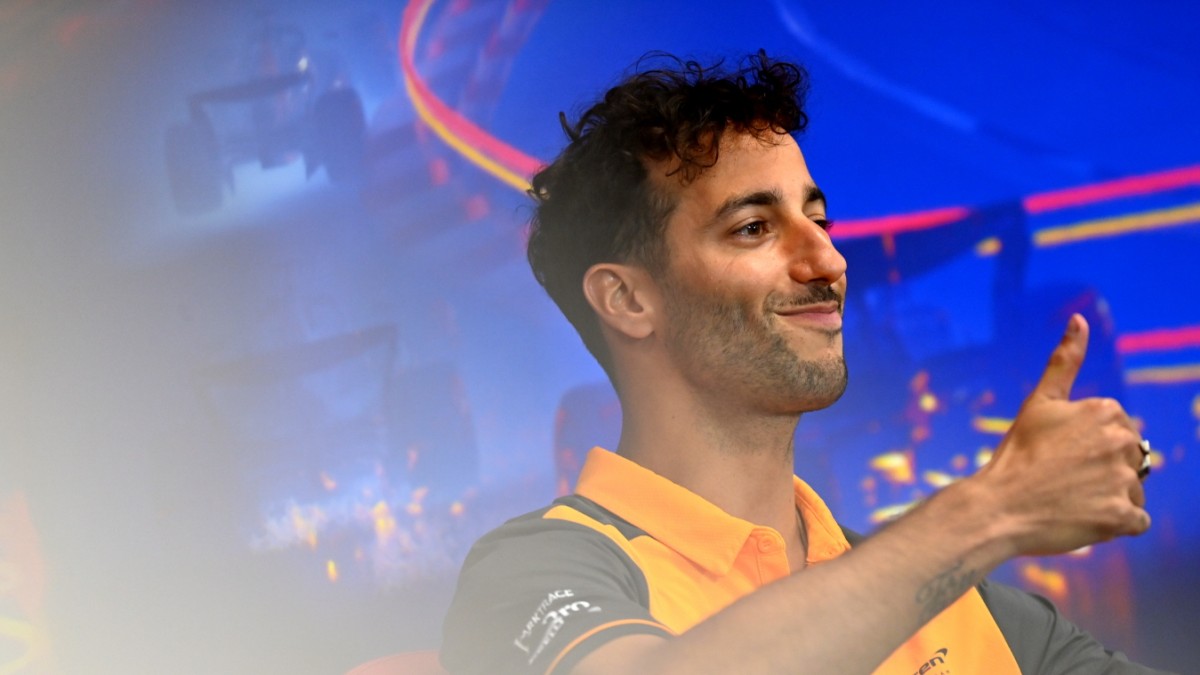 Nobody, said Daniel Ricciardo, has a perfect career. He smiled, as he so often does, and tried to be optimistic. What else was left to him? “It’s a different challenge. The fire, the faith, is still in me,” he clarified. In any case, a lot of weight has just fallen off his shoulders: “I can cheer myself up, sometimes you have to accept that you tried and it didn’t work.” The eight-time Grand Prix winner sat at the press conference in Spa and had to answer questions before the first Formula 1 race after the summer break, which, like the reason for the questions, bothered him. You could feel it despite his smile.

This week, what had been speculated about for a long time became official: Ricciardo will leave McLaren early after the end of this season, his contract, which was valid for three years until 2023, will be terminated. Before the Belgian Grand Prix, the racing team sent out a press release, and the Australian spoke up in a video message around the same time. Both sides tried, but it didn’t work out: “That’s why the team decided to make a change for next year.” He could hardly hide his disappointment: “We had a lot of discussions, but in the end we agreed that it was right for both of us.”

McLaren owner Zac Brown and team boss Andreas Seidl also commented on Wednesday afternoon. Seidl said he will never forget the fact that Ricciardo clinched the first win for McLaren since 2012 in Monza in front of his garage colleague Lando Norris in 2021. Brown would like to keep Ricciardo in some way, thinking of series like IndyCar, Extreme E and Formula E, where McLaren is either already racing or will be racing soon. Ricciardo is a family friend and always will be: “We are Daniel Ricciardo fans.” In general, the two leaders praised their future ex-driver in high tones, so that one could ask oneself: Yes, why do you want to get rid of him at all if he is so great?

Piastri turned down Alpine. If the poker doesn’t work out, he could be without a cockpit

Ricciardo himself would have liked to have stayed. If it were all about a great atmosphere in the workplace, he certainly wouldn’t have to go. The problem of this liaison between the British racing team and the 33-year-old lay in the fact that man and machine did not go together as hoped. The once highly regarded driver struggled with the orange car from the start and felt uneasy, which was evident in contrast to Norris. The 22-year-old, who has a contract until the end of 2025, regularly leads the internal comparison. Even the victory in Monza didn’t bring Ricciardo the momentum he had hoped for – and obviously at McLaren they no longer believed that that could change.

“The goal is that we have two drivers who always manage to get the most out of the package we give them,” said Seidl. The native of Passau did not say which candidate he was thinking of and does not want to participate in speculation, McLaren wants to comment on the successor decision in due course in the near future. The desired solution has long been an open secret and the team has come closer to it through the separation from Ricciardo: to sign Oscar Piastri. They have to put a lot of trust in him to accept what will certainly be an expensive contract termination with Ricciardo, without knowing whether he can meet expectations.

Piastri’s talent is undisputed. He immediately won the junior classes Formula 3 and Formula 2 before becoming a reserve driver at Alpine in 2022, the racing team that not least encouraged him with expensive test drives – and wanted to promote him for the next season. But the 21-year-old rejected the offer of promotion so firmly that he must have been very sure of a better alternative: “I didn’t sign a contract with Alpine for 2023,” he said on Twitter in early August, leaving scorched earth behind his final sentence: “I won’t be driving for Alpine next year.”

So for McLaren then? In the end, the decision should be a legal one. For Alpine it is also about compensation payments in the amount of millions that the team invested in Piastri. If there isn’t really an exit option for the Australian in the agreements between the parties – which his environment around his manager and former Formula 1 driver Mark Webber must have seen – the story, which has already become an unforgettable posse, may be more bizarre accept moves. If Piastri should have gambled, he could theoretically be left without a cockpit in the worst case scenario for him, if he can’t go somewhere else and Alpine gets in the way after his recent appearance.

Formula 1 is not only concerned with how things will continue here because of the matter itself, but also because of the associated decisions in the driver carousel. The whole thing started with Sebastian Vettel at the end of his career, which enabled Fernando Alonso to switch from Alpine to Aston Martin. This removes this option for Mick Schumacher, whose future is open and who is waiting for a contract extension at Haas.

And what is Ricciardo doing now? Will he return to Alpine where he raced before moving to McLaren? Does he go to another team? Is he taking a break? In any case, said Ricciardo, he would support Oscar Piastri, who after all was an Australian compatriot.