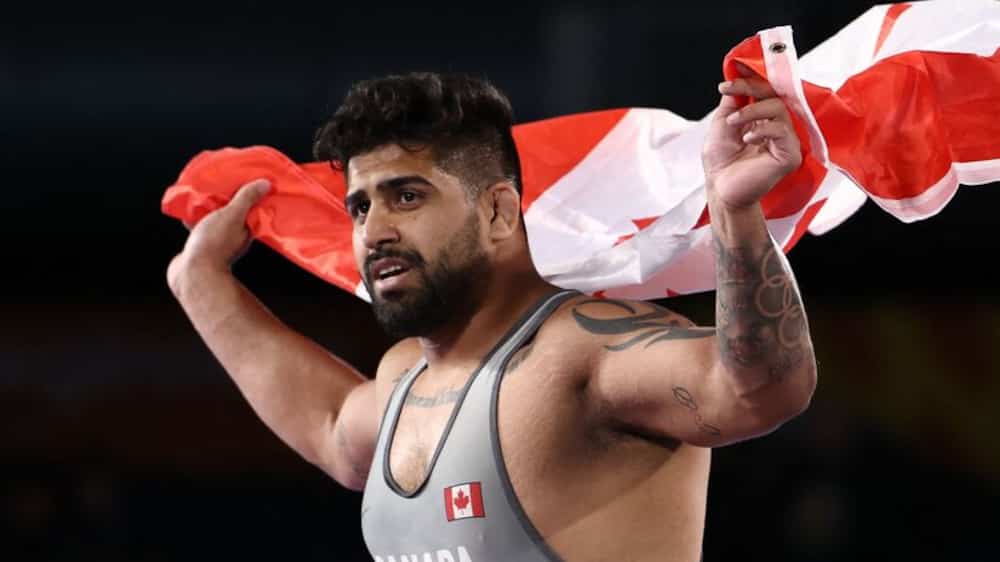 Canadian athletes woke up on the right foot Friday in Birmingham, England, adding eight medals to the national haul at the Commonwealth Games.

Amar Dhesi, in the 125 kg category, for men, was the only one to see a gold medal passed around his neck. He needed only 2 min 10 s – out of a maximum time of six minutes – to make the score rise to 9 to 2 and defeat Pakistan’s Zaman Anwar by immobilizing him on the ground.

Ana Godinez Gonazalez came close to getting the same result as Dhesi, who took a 4-0 lead in the final against India’s Sakshi Malik, but the latter pulled off a feat of victory by immobilizing the representative of the maple leaf on the ground. Godinez Gonazalez won the silver medal, as did Linda Morais in the women’s 68 kg and Lachlan McNeil in the women’s 65 kg freestyle.

The other two Canadian medals of the day in wrestling, all bronze, went to Hannah Taylor in the women’s 57 kg category and Alex Moore in the men’s 86 kg freestyle.

The other two diving medals

On the springboard, Mia Vallée climbed to the top step of the podium in the 1m, after winning silver in the same event at the World Championships in June.

The Canadian was dominant in the final, posting the second-best score on the first dive, before taking the lead on the second jump, never looking back afterward.

In the next final, featuring the men’s 10m platform, Rylan Wiens and Nathan Zsombor-Murray followed up with a silver medal.

The Canadian pair was also in first place after four of the first six dives, but the English Matthew Lee and Noah Williams, eventual winners of the event, took advantage of the fifth jump to pass in front of the silver medalists. Wiens and Zsombor-Murray finished 15.93 points behind the winners.