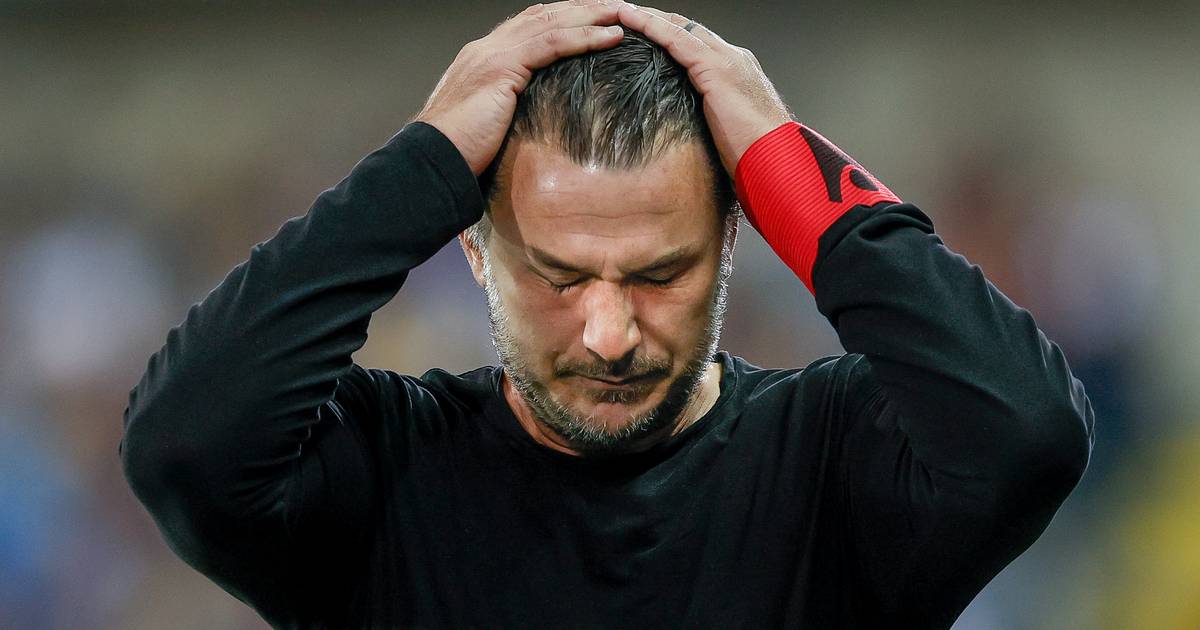 Jupiler Pro LeagueAfter Eupen out, now also Zulte Waregem at home. An uninspired Club Brugge was stuck on a 1-1 draw against Essevee on Friday evening for its own people. With four out of nine, the national champion has completely missed his start.

“I’m sure my boys will be ready,” Carl Hoefkens was determined after the crash in Eupen. His team had three surprising names with Odoi, Otasowie and Sowah – Noa Lang stayed aside at his own request. Hendry and Balanta were left out of the selection, Mbamba also dropped out in extremis.

Club started brightly, but needed another good Simon Mignolet in the early stages. The goalkeeper stopped Dompé from scoring twice early in the match. In between, Jutglà also had a big chance. Club played stiff football, only Nielsen was close to a goal before half time. After a lackluster first half, in which the chances were balanced, the national champion again went to rest disappointingly with a 0-0 score.

After the break, however, Club quickly put things in order. Skov Olsen gave the Bruggelings the lead from a sharp corner – a real relief for a weak blue-black. The team from Bruges immediately went in search of a second goal, but that too was difficult again. Halfway through the second half it was Zulte Waregem that hit the mark. At the far post, defender Drambaiev pushed the equalizer past Mignolet.

Club was upset, with substitute Tsouka, another defender of Essevee also had a good opportunity after a corner. Hoefkens intervened – with just under twenty minutes left on the clock, Lang and Larin brought in two offensive forces. However, there was no sign of any improvement. Club looked for openings, but couldn’t find them – the crowd murmured louder and louder.

Surprisingly enough, the final offensive around minute 85 came from Zulte Waregem, without the visitors being really dangerous. It wasn’t until after regular time that Lang was able to threaten again with a shot towards the short corner. The Bruggelingen didn’t get any further than that.

Club is thus stuck at a 1-1 draw after another disappointing game. With 4 out of 9 it misses the start of the competition – next week blue-black in Leuven will have to look for rehabilitation again.

Denis Odoi: “Physically had no response to respond to equalizer”