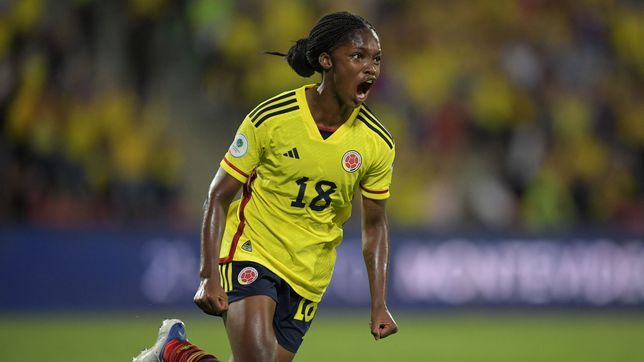 Carlos Paniagua defined the call of 21 players of the Colombian Women’s National Team Sub 20 for the World Cup of the category that will be played in Costa Rica from August 10 to 28, with the inclusion of some figures that come from being runners-up in the Copa América with the absolute.

Linda Caicedo, chosen the best player of the Copa América disputed in our country, leads the list. Natalia Giraldo, Gisela Robledo, Gabriela Rodríguez and Ángela Barón are also part of the call and they come from hanging the silver medal in Bucaramanga after the defeat by the minimum difference against Brazil.

Of the 21 summoned, four act abroad: two in the United States and two in Spain. Deportivo Cali is the club with the greatest presence in the Tricolor list, contributing five players.

“The Colombian team will travel this Wednesday, August 3 to Costa Rican territory where he will finalize details for his participation in the tournament”, reported the Colombian Football Federation in the statement published on its website.

The Tricolor will debut in this event on August 10 against Germany in the Morera Soto Stadium in Alajuela for Group B, which they also share with Mexico (08/13) and New Zealand (08/16). The top two from each zone will advance to the quarterfinals.