Braithwaite asks Barça for the entire two years to terminate! 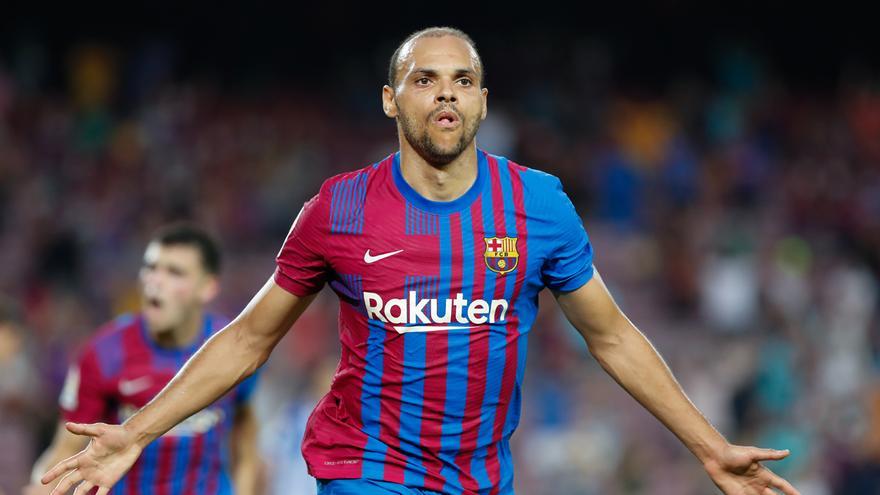 The striker is not willing to forgive anything, for now, to go free

The Dane has a very high financial offer from Saudi football

Martin Braithwaite’s departure seemed close, but there is still no agreement for his termination. The Danish striker has a contract until 2024 and has asked to receive full salary to leave without forgiving anything. The position, for now, seems immovable despite the fact that Barça has tried to negotiate a reduction. First he was offered the letter of freedom pure and simple and, then, to assume a year of his contract, but there has been no agreement. Barça is considering unilaterally rescinding the footballer before his castling and the reality is that there is some disgust in the Blaugrana entity for how events are happening.

Braithwaite already made it clear that he wanted to continue to try to earn a place, but both the sports area and Xavi Hernández told him at the end of last season that he was not going to have a place in the team. Once in Barcelona, ​​the coach left him off the list for the tour of the United States and the club, seeing that he was not going to accept any offer, offered him the letter of release so that he could decide his fate. An agreement has not been possible despite the fact that many clubs have contacted the striker to sign him.

At Barça they are clear that Braithwaite will end up leaving, even if he is paid, since he is a player who is not interested. In Spain there are several teams that have contacted him, but he has a very important offer from Saudi football, which would practically triple the amount he is receiving at Barça. If his strategy goes well, he would end up receiving all his Blaugrana salary and would collect from his new club. It is evident that, by contract, he can do it, although Barça expected a gesture after having invested 18 million euros to make his transfer from Leganés.