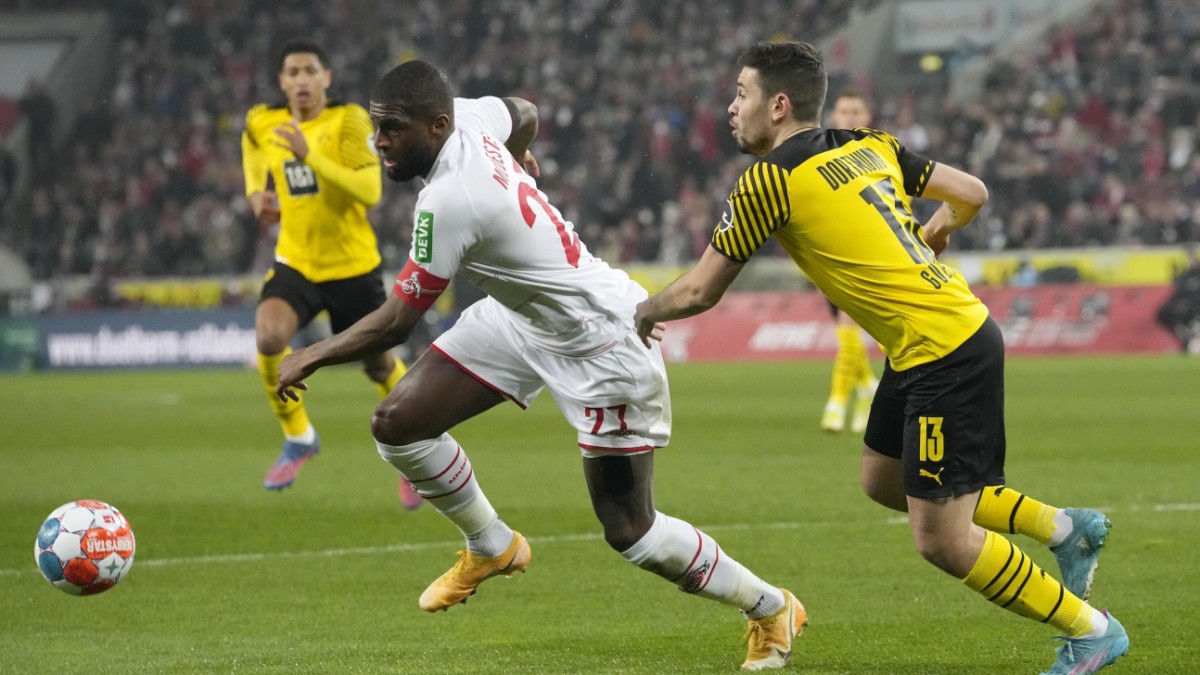 It wasn’t because of the game that a good 80,000 spectators didn’t leave the Dortmund football stadium on Saturday evening even after the final whistle. Hosts Borussia had beaten Bayer Leverkusen 1-0 with difficulty and spectators were then forced to remain in the stadium for 23 minutes after police discovered an abandoned car in an adjacent car park with its engine running and its gun holsters empty. The holder was finally found in the stadium, there didn’t seem to be any danger, the fans were allowed to go home. The joy of an opening victory helped while waiting, which was moderate in terms of football, but all the more passionate.

That was very important to Dortmund this time because after the end of last season it was mainly decided that former coach Marco Rose might not be the right person for the job. Edin Terzic, who was temporarily parked as technical director, was quickly reassigned to the position of head coach and on Saturday evening he was explicitly praised for having encouraged the footballers to “fight, scratch and bite” against Leverkusen, as the new sports director put it Sebastian Kehl described.

Of course, these were only metaphors. None of the Leverkusen players showed any scratches or bite marks after the game, and the disappointed expressions of the defeated showed at most a certain headache over not having scored a single goal a week after the embarrassing 3-4 defeat in the cup at third division Elversberg. The Czech Patrik Schick, who is favored as the upcoming top scorer, had appeared in front of BVB goalkeeper Gregor Kobel several times in an ominous manner, but found his master in him.

At the other end, however, only one goal was scored when Reus shot in a ball brought down by goalkeeper Lukas Hradecky on the goal line in the 9th minute and thought it had already crossed the line. Then it would have been the first Bundesliga goal for the new winger Karim Adeyemi.

But that’s how Reus got the merits, while Adeyemi had to be replaced in the 22nd minute with an overstretched toe. After the new central defender Niklas Süle was unable to play due to muscular problems and the new midfielder Salih Özcan due to a bruised foot, Adeyemi was another promising signing.

But their suffering should be limited. In contrast to striker Sebastien Haller, who has been out for several months after having a malignant testicular tumor removed. BVB could now also play with a variable duo, following the example of the brilliant FC Bayern, but Terzic would like to keep the option of a robust center forward with strong headers. “We want to keep everything open,” he says, “we want to score goals in many ways and not be predictable.” And because Kehl emphasized against this background that “something else will happen in the near future”, it quickly became clear that another access would have to be expected.

Schlotterbeck’s shoulder is put back into place during the game

Shortly thereafter, the name of Anthony Modeste from Cologne, whose contract with 1. FC is only valid for one year and who had recently claimed that they might want to get rid of him as a “top earner”, as he himself put it, was also established. The portal Sport1 first reported on Sunday that BVB had agreed on a one-year contract with the 34-year-old attacker and submitted an official offer in Cologne. BVB sports director Kehl later confirmed that there was “a verbal agreement in principle with 1. FC Köln about a change from striker Anthony Modest to the BVB achieved”.

The cheerful nature Modeste got into a currently almost unusually combative squad in Dortmund. During the game, new defender Nico Schlotterbeck had his dislocated shoulder put back in place, after which he continued playing unimpressed. And after the final whistle, the injured Adeyemi was suddenly back on the pitch and waving his toe, which was stabilized in a slipper, to the cheers of the fans who were locked in the stadium for 23 minutes.

“Hard work is what people want to see here,” Kehl said afterwards about the general euphoria and explained the newly discovered trait as a relevant factor in the challenge of the series champion Bayern Munich. Kehl thinks: “We’ve made a big step forward and want to have a special season.”

In addition, Terzic explicitly wants to get those fans back on board who, in one situation or another, slipped a whistle last season. When Reus scored the winning goal, Terzic later joked, “80,000 pushed the ball over the goal line”. It’s a good thing that stadium announcer Norbert Dickel didn’t call out everyone’s names in the goal celebration that followed.