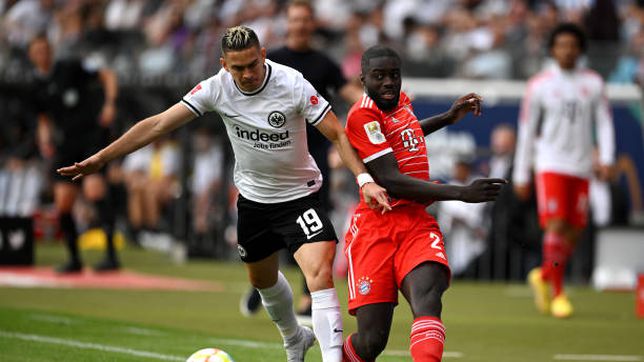 The Bundesliga started with an adverse result for Eintracht Frankfurt. In the match that opened the 2022/23 German league season, the current champion and favorite for the title, Bayern Munich thrashed the Colombian attacker’s team 1-6, who was a starter but was hardly on the field during the first half.

The current champion sentences in 45 ‘

Bayern Munich came out with an intractable pace and in minute 4 he went up on the scoreboard with a great goal from Joshua Kimmich who finished off and fooled everyone by finishing under the barrier to Trapp’s post. Two minutes later Gnabry had the second.

Eintracht Frankfurt was very subdued and had little reaction, so much so that in the 12th minute the second came. Benjamin Pavard’s great goal that broke the goal after grabbing a rebound in the area. The Frenchman and his habit of having great precision on rebounds.

The locals had to react and in minute 14, Tuta was able to discount, but the stick denied him. Borré was desperate because of the little connection that the attack had. In minute 23, Bayern took advantage of the spaces in defense and Mané left Serge Gnabry hand in hand who assisted Thomas Müller who could not clearly define and He almost collided with the pole.

The match began to be more of a back and forth and in minute 26 Lindstrøm lost it after a great individual play, Bayern reacted with a mid-range shot from Musiala, the rebound was grabbed by Mané who defined poorly, but who had revenge for two minutes with a header inside the area.

The Senegalese was active and showed how strong he is in the change of pace and in the area. In minute 34, Bayern’s fourth came. Player at full speed, Mané assisted Müller and the German served it to the youthful Musiala that he just had to push her.

In the final minutes, Bayern continued with the same intensity, a player from Mané, a pass from Müller that saw Gnabry enter the area alone, the German defined with quality and made it 0-5. A total machine those led by Nagelsmann.

Neuer fails in the Eintracht discount

In the complementary part, Eintracht Frankfurt tried to get out of the pressure and look for the discount. Coach Glasner made several changes y one of them was Santos Borréwho came out for Randal Kolo Muani.

Three substitutions in Bayern Munich, which lowered the intensity and allowed its rival to approach the goal defended by Manuel Neuer. In minute 55, after reviewing the VAR, the referee annulled a local goal play for offside by Kristijan Jakic.

Ten minutes later, Eintracht took advantage of a serious mistake by the goalkeeper of the German National Team and through Randal Kolo, Borré’s replacement, he put the partial 1-5. In the final stretch, options for both teams, but it was the visitor who had effectiveness and he sealed the 6-1 win with Musiala’s brace.

The next challenge for Borré’s Frankfurt will be the European Super Cup, in which they will face Real Madrid next Wednesday, August 10 at the Helsinki Olympic Stadium. 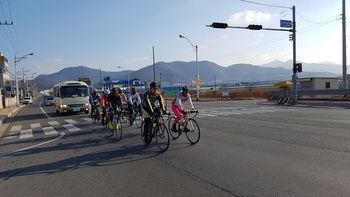 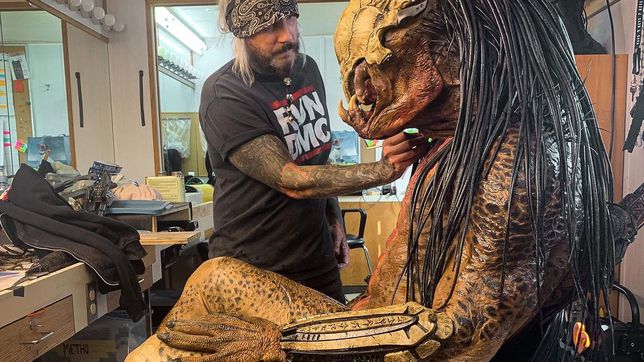