Bad news before the recovery for Kevin Durant! 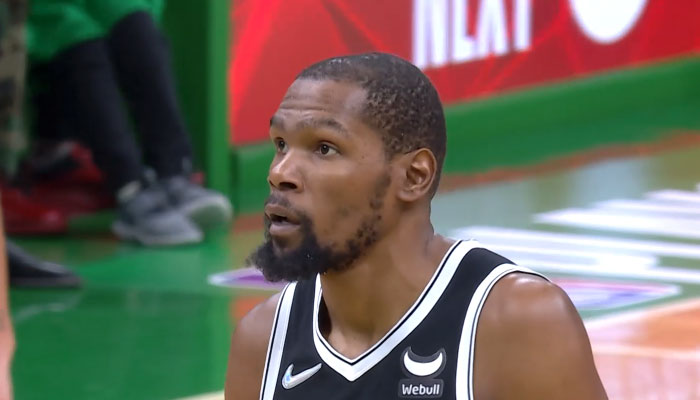 Kevin Durant has been asking from the Nets for over a month now, and we can’t say his trade is very close. There have been discussions, but the too high price scares away the contenders on the market. Journalist Ian Begley has just given some news, and they will not please KD, who has yet met his leaders recently.

It’s been a while since Kevin Durant asked his managers to send him to a new team, while he still has four years of contract. Advantage therefore for Brooklyn in these negotiations, since the franchise can take its time, and wait for the summer of 2023 for example for a trade. It would be very bad news for the star, who confirmed his desire to leave in a recent meeting.

Yet some people in the Big Apple are still hoping to reverse the trend. As explained by ESPN a few days ago, executives want KD to reverse their decision and wear the Nets jersey for next year. A scenario that should not be ruled out, especially since Kyrie Irving could make his return, especially saw the last post on social media.

Kevin Durant far from being traded?

The problem for Durant is that the Nets can do whatever they want. They don’t have any pressure to set up a trade before the takeover, even if all these rumors will not do this roster any good. An exchange remains the best solution, although we are very far from such a scenario according to journalist Ian Begley. To this day, no one wants to crack, which annoys people.

▪️ Kyrie Irving is “in a good place and comfortable” with the Nets right now@IanBegley with the latest notes in Brooklyn: https://t.co/O7vOXAyoIq pic.twitter.com/eUgyqJOBdn

Nets insiders have confirmed they are pessimistic about a Kevin Durant trade in the near future. One reason for this is that finding a third team to facilitate this exchange is difficult. There is a lack of interest in this trade in the market.

This situation could last for a while, or else a change in dynamic will take place as training camp approaches, for the month of September. KD could ask its leaders to hurry, it is also possible that the owner, Joe Tsai, demands movement quickly. That’s why the franchises are currently playing the watch, but it’s clear that no one will pay the asking price.

Kevin Durant traded soon? We can forget as it is. Negotiations remain at a standstill, while the holidays don’t help, nor does the Nets’ asking price. We can hope for movement before training camp, but it will take a little boost. Clearly, the situation will last.