August 28, a “blessed” day for the FPC: Falcao debuts 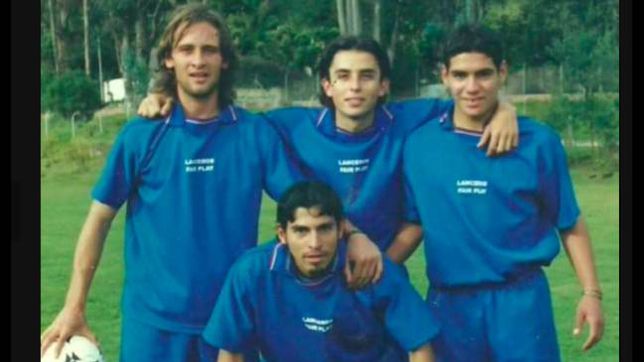 There are days that split history forever and perhaps August 28, 1999 is for Colombian soccer. That day the Falcao legend began. Historical scorer of the Colombian National Team (35 goals), figure in Portugal, Spain and France, he conquered the whole world with his goals, he is the only Colombian in the FIFA ideal XI (2012), he fought in LaLiga with Messi and Cristiano Ronaldo when they were at their highest level, but there is something very important, he earned the respect of everyone, coaches, players and fans. Recently Old Trafford, where he could not shine as he wanted, applauded him and remembered him.

That date will be remembered and more and more when it seems that the end is coming. This is also recognized by Hernán Pacheco in Diario AS Colombia, the DT that made him debut at the age of 13 in Lanceros de Boyacá. For the coach that day was a blessing for the FPC. “That day is a blessing, because every year that you remember, you have to thank God. I was part of the history of Colombian soccer with the debut of one of the greats of Colombia and the world. His debut was at the age of 13 and that record still stands,” he stated.

How was Falcao’s debut?

Lanceros de Boyacá disputed the second division of Colombian soccer, due to fate the team from Boyacá decided to make an alliance with Fair Play, a training school. The Dimayor demanded at that time at least one youth in the starting XI. By chance of fate, Falcao was included in the squad due to a midfielder injury. El Tigre, who was barely 13 years old, was on the substitute bench, but Pacheco knew he was different and that’s why he gave him 25 minutes against Deportivo Pereira at the La Independencia stadium in Tunja. Shirt inside and maximum concentration of little Radamel.

“First I told the physical trainer to warm up Falcao, I gave him the instructions, he adjusted his clothes and swallowed hard as he always does. He looked at me very confidently and I told him that I was going to enter as a second striker, to do it calmly and to do what he knew how to do and when he entered, he entered with a lot of rhythm and great attitude. That day he played 25 minutes, ”recalled the DT.

Falcao continued to play for Lanceros de Boyacá until he was 14 years old. In 2000 he scored his first goal as a professional, against El Cóndor, a team that had Neco Martínez in goal. Great goal in his style, with a header. Then, the young player together with his father decided to go to Argentina. However, the gratitude of the Tiger is always with Hernán Pacheco.

“We have spoken many times, but I went to Spain in 2014, Falcao did not go to the World Cup because he was injured. I was with him on my birthday, April 14 and we were remembering everything and after all that he told me: ‘Hernán, thank you very much for putting me on’. They made a book for him and there he made me a dedication that says: ‘Thank you Hernán for being part of my professional life’”, he highlighted.

The coach assured Falcao, after a training where he broke it, that in a few years he was going to be the best striker in the world. “Once I told him: ‘You are going to be the best striker in the world’, I told him in the midst of my ignorance and because one sometimes gets excited, I told him in training. He did things very different from the others and see, after many years I was not wrong, he was the best in the world when he was at Atlético de Madrid. It was known that he was going to be different because he was a player who played in three different categories. He played in his and two other older ones and was a scorer in all of them”.

Finally, he recalled the way he arrived at training and his good appetite, something that will always be in the memory of the coach who dared to make him debut at an early age. “We trained in the 116. When he came home from school he always criticized the way he had his tie, his blazer, his suitcase, he arrived with dirty shoes because he spent his time playing at school, another thing that I remember a lot is that he ate too much. Also, she was always very smiley, she didn’t talk much, but she always laughed”.