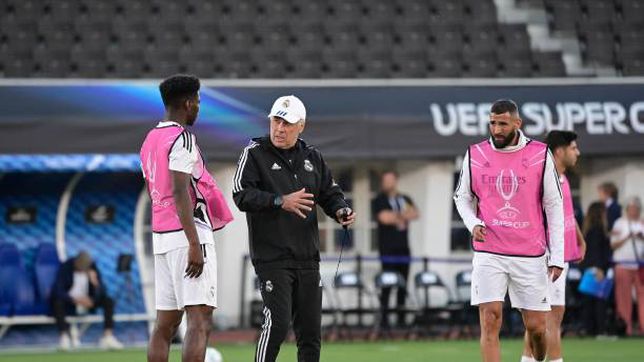 If something has Ancelotti, apart from the well-known and indisputable skills as a strategist from the bench, is his ability to manage the emotions and states of self-esteem of his players. That happened with Aurélien Tchouameni, who on Sunday premiered as a starter in Almería with a performance that left much to be desired. The 22-year-old Frenchman looked thick, slow, shy and even insecure with the ball at his feet. Two of his turnovers caused two against Rubi’s team.

Carlettowho has been on the bench for almost three decades, he verified on the trip back to Madrid that the former Monaco player was off and sad. For this reason, in the recovery training that he ordered last Monday in Valdebebas (yesterday they rested) made an aside with Tchouameni and explained that all the professionals who have made their debut with Madrid have passed through that ‘ticket office’. A shirt that weighs at first, but then fits like a glove if you’re a professional and you’re 100% committed. That reassures the Italian.

Tchouameni has a well furnished head and just in Almería the opposite happened to him. He took on so much responsibility that it blocked his usual football deployment and presence. Ancelotti’s therapy will soon bear fruit.