Acuto by Morgana De Paoli, bronze at the Eyof in Slovakia – Sport 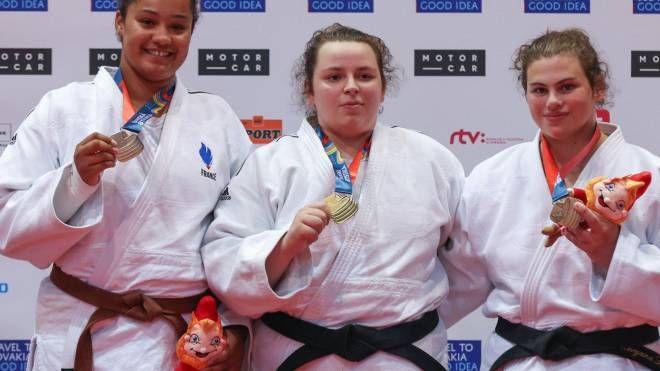 It was already nice to be there and to be able to compete defending the colors of Italy at the Eyof (European Youth Olympic Festival) in Banska Bystrica, Slovakia. But Morgana De Paoli (in the photo on the right) was not satisfied and in the individual judo competition, category +78 kg, she put a splendid bronze medal around her neck. The 17-year-old athlete of the Polisportiva Riccione, who has been attending the tatami since she was eight, lost the debut match against the French Bintibe, suffering the high grip of the transalpine that prevented her from finding her attacks. In the second match, opposite to Azerbaijani Nigar, De Paoli goes at a disadvantage, so she overturns everything with an ‘ippon’ (the knockout of judo) for an immobilization technique. Her success opens the doors to the final for the bronze, the opponent is the Croatian Marcelina Vranjes, who can exhibit a better position in the world ranking. Morgana believes in it and with a perfect action in the first few bars she marks an ‘ippon’ that immediately closes the conversation. De Paoli also took part in the mixed team competitions, the Azzurri who finished seventh with a win over the Netherlands and two defeats against Georgia and Israel. A delegation from San Marino was also present at the great multidisciplinary event of Banska Bystrica: swimmer Ilaria Ceccaroni (28”77 in 50, 1’02”05 in 100 and 2’15”02 in 200 freestyle), tennis player Silvia Alletti (0-6, 0-6 from the Swiss Paul), the cyclist Davide Conti (70th in the road test) and, in athletics, the sprinters Matias Francini and Giulia Marchioni, in the 100.