A pensioner suspected of having fatally stabbed his wife in Châteaudun 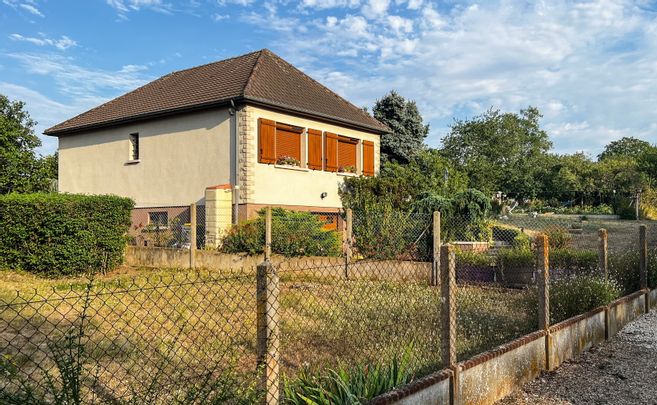 The public prosecutor in Chartres, Rémi Coutin, confirmed to us, Thursday August 4, 2022, a fourth feminicide since his presence in Eure-et-Loir, in 2015: “A 66-year-old man killed his 64-year-old wife with a knife, Wednesday evening, in their home in Châteaudun. »

According to our information, the crime took place rue de la Varenne, in Châteaudun. The prosecutor indicates that it was a neighbour, living in this district, who contacted, around 9.40 p.m., the Gendarmerie Operations and Intelligence Center (CORG), based in Lucé: “He heard a woman screaming and who called for help. »

The husband comes out bleeding

A military patrol moved to rue de la Varenne. The gendarmes rang the doorbell and a man came towards them:

“He had red marks on his clothes. He told the gendarmes that he had just killed his wife. »

The pensioner was immediately arrested and handcuffed. The soldiers entered the house and discovered a lifeless woman sitting on the couch. “She had her throat slit,” said the public prosecutor.

The crime scene was immediately frozen. The permanence of the prosecution, the firefighters, a technician in criminal identification (TIC) and a forensic doctor from Tours (Indre-et-Loire) met in Châteaudun, until 4 am.

premium They are tried for having fired a mortar at the gendarmes, on July 14 in Senonches

The Chartres public prosecutor’s office co-seized the research brigade and the Châteaudun brigade to carry out the investigations. Two investigators from the research section of Orléans (Loiret) came to the assistance, Thursday August 4, 2022.

“Half a Dozen Shots”

The investigation has already established that the couple had no criminal record and that the spouses, married in a second union, had been living in Châteaudun for a year.

In the hearing, the alleged murderer would have made statements:

“He acknowledged the facts. He explained that there had been an argument with his wife at mealtime. She would have told him of her intention to leave him. He claims to have “freaked out” at that moment. »

He would have gone into the kitchen to grab a meat knife. He allegedly stabbed her in the carotid artery while she was sitting on the couch. The murder weapon has been found. “The forensic pathologist found half a dozen traces of blades,” describes Rémi Coutin.

The autopsy should be performed on Friday August 5th. An extension of police custody was pronounced on Thursday evening. Judicial information should be opened and a presentation before the investigating judge is scheduled for Friday.