A legendary tribute to Severiano Ballesteros 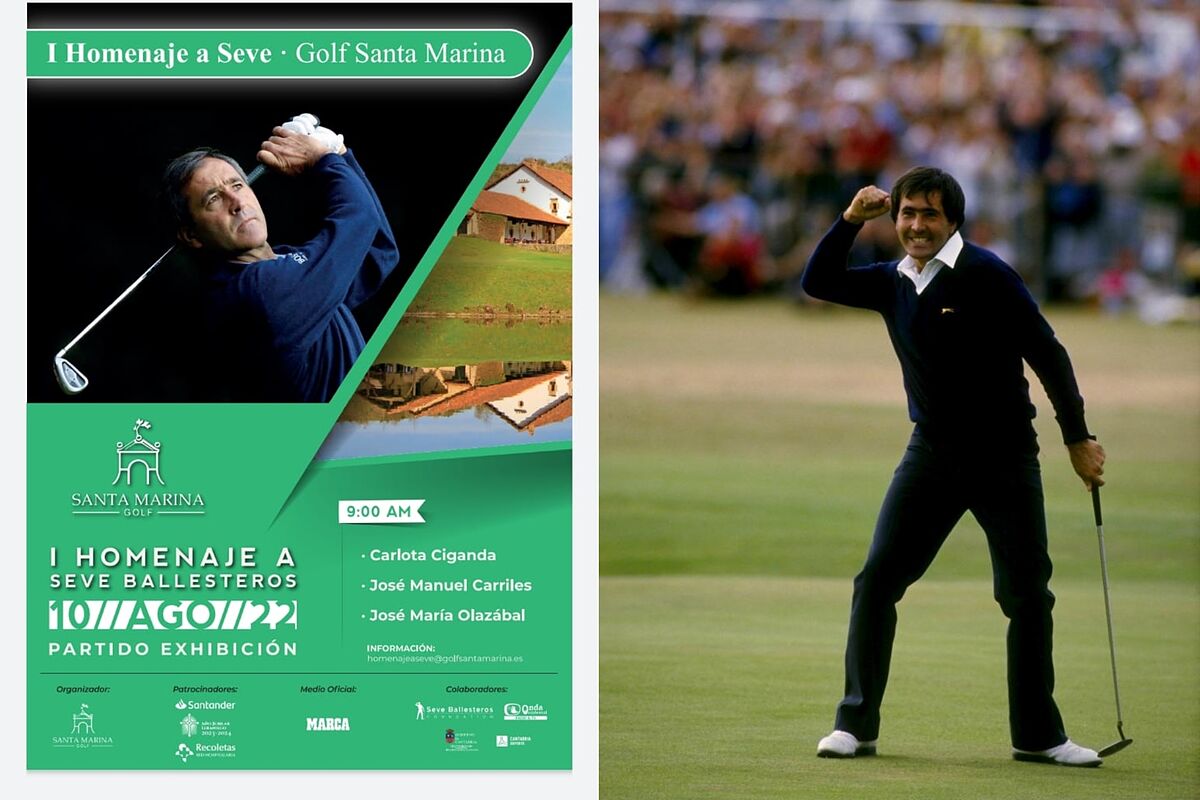 Severiano Ballesteros receive a tribute at the height of what it is: one of the great banners in the history of Spanish sport. On Wednesday, August 10, the facilities of Santa Marina Golf, in La Revilla (San Vicente de la Barquera) will recall a transcendent and unique name in Cantabria.

An exhibition match will be played in which three important names in Spanish golf will compete for the benefit of the Seve Ballesteros Foundation. In addition, the event will be used for the inauguration of one of the streets that give access to the Santa Marina Golf facilities bearing the name of the legendary player from Pedrea.

The Santa Marina Golf Coursedesigned by Seve Ballesteros and inaugurated in 2001 with 18 demanding holes that delight thousands of players each year, will dress up to receive three players with a very special relationship with Severiano Ballesteros and that they have heeded the organization’s call to shine a more than deserved tribute to the unforgettable golf legend.

Three unparalleled names: José María Olazbal, legend and partner of Seve in innumerable battles, Carlota Ciganda, in one of the best physical forms of his sports career and José Manuel Carriles, one of the great disciples of Seve Ballesteros and who currently competes with great results on the Legends Tour.

After this competition that throughout the morning will develop Olazbal, Ciganda and Carriles, in the early afternoon, before the awards ceremony, an emotional act will be held with the presence of the athletes participants, as well as local and regional authorities and representatives of Santa Marina Golf and the Seve Ballesteros Foundation, so that from this August access to this course, which has the privilege of being the only one designed by the double winner of the Augusta Masters and triple winner of the British Open, bears the name of Severiano Ballesteros.

The organization of this event, of enormous magnitude due to the legacy of the honored figure and the athletes who will attend it, is the responsibility of the management of Santa Marina Golf, which has devoted itself to the creation of an event that has with the invaluable collaboration of the Seve Ballesteros Foundation for its development, as well as the support of institutions such as the City Council of San Vicente de la Barquera and the Government of Cantabria through its Ministry of Tourism and its Directorate General for Sportsin addition to different private sponsors who have joined it. On August 10, the golf world will once again look at Santa Marina Golf, with a tribute at the height of a legend, Mr. Severiano Ballesteros Sota.