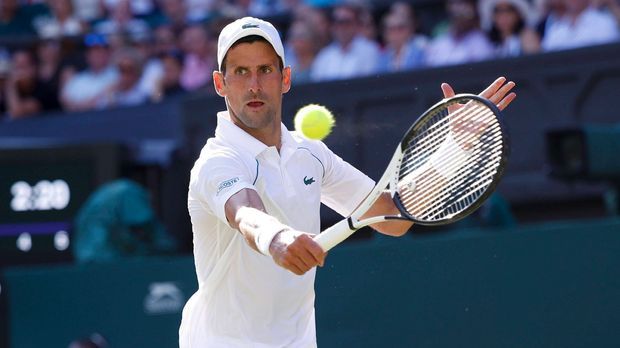 It is the most traditional tournament in the tennis calendar and at the same time the third Grand Slam in the calendar year. We are of course talking about Wimbledon, which will take place again in 2022 (June 27 – July 10) after the traditional tennis tournament fell victim to the corona pandemic two years ago.

But this year there is also a special feature, because no world ranking points will be awarded for the participants. The reason for this lies in the unclear decision as to whether Russian and Belarusian athletes should be excluded or not.

And yet it is important for all participants to enter a Grand Slam victory in their CV.

Wimbledon: Will the Grand Slam be broadcast live on free TV?

The Wimbledon tennis tournament cannot be seen on free TV, but only on the pay TV channel “Sky”, which broadcasts the tournament completely live on TV and live stream.

To watch Wimbledon live on TV you need a subscription to the sports package from the pay TV broadcaster. Alternatively, you can also purchase a day or week pass for the Wimbledon tournament via Sky Ticket.

Where can I watch Wimbledon live?

If you want to see the Grand Slam tournament live stream, you can do so via “Sky Go”. However, you also need a subscription to a sports package there, otherwise you will not have access to Sky Go.

Wimbledon 2022: Are there still tickets?

Tickets for Wimbledon are in high demand. This year, however, there was no public raffle (ballot) of tickets. Viewers who were successful in the 2020 sales phase were initially offered the same tickets. Two years ago, the tennis tournament fell victim to the corona pandemic.

But there will be ticket resale and matchday queuing again at Wimbledon 2022. Since 2008 there has been a single queue with around 500 seats for each court. To gain access to the tournament courts, fans usually have to queue overnight. General access to the site allows access to the outdoor seating and is possible without queuing overnight.

Wimbledon: The winners of the past few years at a glance

Wimbledon 2022: How much is the prize money?

The prize money that will be paid out to tennis stars for their successes in Wimbledon in 2022 has reached a record high. After another increase, a total of £40.35 million will be distributed in 2022.