Was the creation of new sports venues in Cúcuta stagnant? 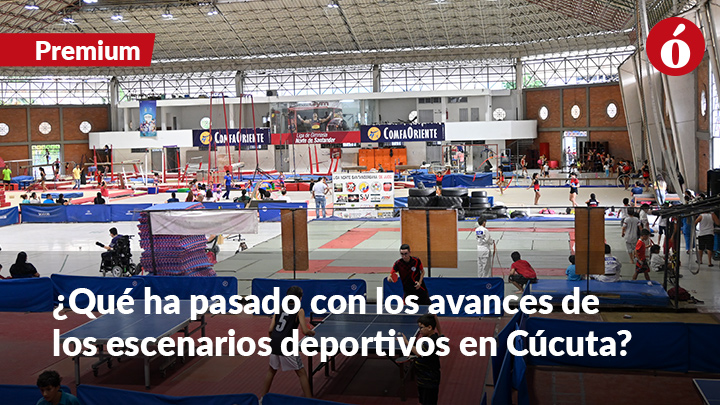 And the Battle Coliseum?

Johana Orozco, who has led a citizen initiative to request the necessary improvements in the Eustorgio Colmenares Coliseum and the construction of the Combat Coliseum, pointed out that the conditions in which the athletes of the different programs of the gymnastics leagues train , judo, volleyball, boccia and table tennis are not decent and overcrowded.

“The Minor Coliseum was too small compared to the number of people who come. The roof needs an urgent intervention, when it rains, everything floods. It rains more inside than outside,” she stressed.

Every time it rains, dozens of athletes have to stop their training sessions at the Eustorgio Colmenares Baptista Coliseum. Photo: Jorge Gutierrez / The Opinion

In reference to the Combat Coliseum, he criticized the lack of management for it to be built.

“From the beginning it was always said that there were two options for places: one would be in the Metropolitan Park (next to the Jardín Plaza shopping center) and the other was in the Eustorgio Colmenares Coliseum itself, although we met with the Municipal Institute for Recreation and Sports (IMRD) and with the AMC, Until today nothing has been gestated, everything continues in the same conditions”, pointed out the first Colombian judoka to compete in an Olympic Games, in Athens 2004.

However, Peñaranda stated that together with his work team a first zoning was done to study the dimensions of the place and establish if it was feasible to build this scenario. In this process, meetings were held with representatives of contact sports (judo, taekwondo, karate, boxing and Olympic wrestling) and progress was explained.

“Everything was already there, but the next part was the most complex, the entire architectural process involved in the construction of this type of scenario had to be designed. Unfortunately for us, we do not have the resources available in the AMC and for this reason the City Hall of Cúcuta would take over as spokesperson and would be in charge of managing the next phase,” he said.

According to Peñaranda forecasts, Only the development of phase 1 has an approximate cost of 150 million pesos, without adding the costs of machinery, materials and personnel in charge of the work.

The mayor of Cúcuta, Jairo Yáñez, indicated that there are several projects that are on the administration’s agenda and that they are working to execute them in the shortest possible time, He assured that “the works are advancing little by little”.

“We know how difficult it is to manage public resources, the exercise of building competitive infrastructure must have an investment with a long-term view, a scenario that works for the enjoyment of Cucuteños and in turn, that is the best in the country, It is the tool we have to promote the city”, Yanez repeated.

For Orozco, making a work of the magnitude proposed by the mayor and based on the designs of the AMC, the final cost would be between 15 to 20 billion pesos, qualifying it as unfeasible and that it is not in accordance with the demand of athletes who live in the city.

“With 6 billion, you can manage a Combat Coliseum that meets the needs of athletes. They (the Mayor’s Office and AMC) want something of great magnitude, but they don’t think about the people that if we are going to give it daily use, we want someone trained to take the lead and help us make it a reality and not just in words”, highlighted the athlete.