Transgender athletes alter the rules of the game

World sport has been shaken by the historic ban on transgender athletes by the International Swimming Federation (FINA), whose example, after the restrictions also imposed by cycling, has already been followed by rugby. The banning of transgender swimmers from competing in women’s competitions will cause, sooner rather than later, athletics and soccer, among other disciplines, to follow in their footsteps. Swimming has been the first sport to prevent transgenders from participating alongside women “if they have gone through any part of the male puberty process”, while studying the creation of a new category, exclusive for people who do not feel identified with their anatomical sex.

What has been described as the “first step towards complete integration” of transsexual athletes has been the forceful response to the controversial case of the American swimmer Lia Thomas, who was previously called Will Thomas and who, after competing in the male category, where she obtained mediocre results, He changed his sex two years ago, to go on to dominate the women’s university tests in Pennsylvania and generate enormous controversy in the United States. Lia Thomas underwent the compulsory treatment for the suppression of testosterone and to have the possibility of sharing the pool with women, who until the unprecedented decision adopted by FINA have felt threatened by the irruption of the young woman born 23 years ago in Texas.

“Despite the hormone suppressants she has taken, according to NCAA (National Collegiate Athletic Association) guidelines, Lia Thomas’s advantage in male puberty has not been reduced by an adequate amount. That strength doesn’t go away overnight, or with a year of suppressors. Thomas dives into the water with an inherent advantage over the others,” lamented the specialized media ‘Swimming World’ at the end of the year, before the International Olympic Committee (IOC) officially renounced setting standards for all sports and leave their decision about transgenders in the hands of each world federation.

With voices for and against the inclusion of these athletes in the categories according to their current sex, the rules of the game in world sport have been altered, but the IOC has put its profile and the first critics. “The IOC has completely cleared its responsibility. How can individual federations within your country make different rules? They have to do the research and implementation… and that costs money. It is impossible, ”said former tennis player Martina Navratilova, an activist for homosexual rights.

The case of transgenders transcends the world of sports and also reaches the world of science, justice, when the alleged advantages obtained by these athletes come to be equated with doping, and human rights, with complaints of alleged discrimination against girls and women. who, with another biological sex, have chosen the path of femininity. Two years before the 2024 Paris Games, the other great Olympic sport, athletics, has backed swimming’s decision to ban transgender women (with 71.5% of the votes in favour) from competing in women’s events . “Gender cannot trump biology and we will continue to review our regulations accordingly. We will follow the science”, assured the president of World Athletics (International Athletics Federation), Sebastian Coe.

The legendary British ex-athlete has thus opened the door to the modification of the regulations in athletics, betting on the “integrity of women’s sport”, over the “inclusion” of transgender athletes, with the foundations of his body already beaten before by the precedent of the notorious case of Caster Semenya. “I have no doubt that testosterone is a key part of performance. Look at the nature of 12 or 13 year old girls. I remember when my daughters used to leave the boys in their class behind, but as soon as they hit puberty, that gap opened up and widened,” recalls Sebastian Coe. Also football, as recently announced by FIFA, will review its rules for transgender players, and guarantees that “many interested parties (medical, legal, scientific and human rights) will be taken into consideration”.

In principle, the IOC believes that “no athlete should be excluded from competition on the assumption that they have an advantage due to their gender”, and the transgender guide drawn up by the highest Olympic body has been censured by sports scientists and doctors for being “unfair with women’s sport. At the previous Tokyo Games, the New Zealand weightlifter Laurel Hubbard became, at the age of 43, at least officially, the first transsexual woman to compete in an Olympic event, after breaking another glass ceiling and opening, in theory, a new avenue in the world of sport that has now been blocked. “I thank the IOC because I think it reaffirms its commitment to the principles of Olympism and to the idea of ​​establishing that sport is something for everyone, inclusive and accessible,” said Hubbard after being eliminated after three unsuccessful attempts. Until he decided in 2012 to start his sex reassignment process, he competed among men, under the name of Gavin. 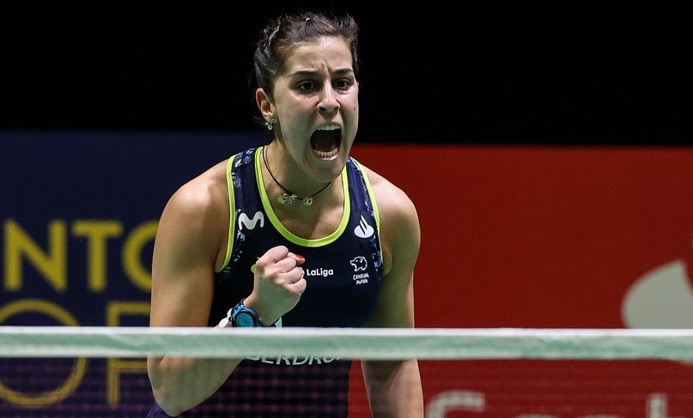