Transfers FC Barcelona | Tottenham does not give up on Memphis Depay 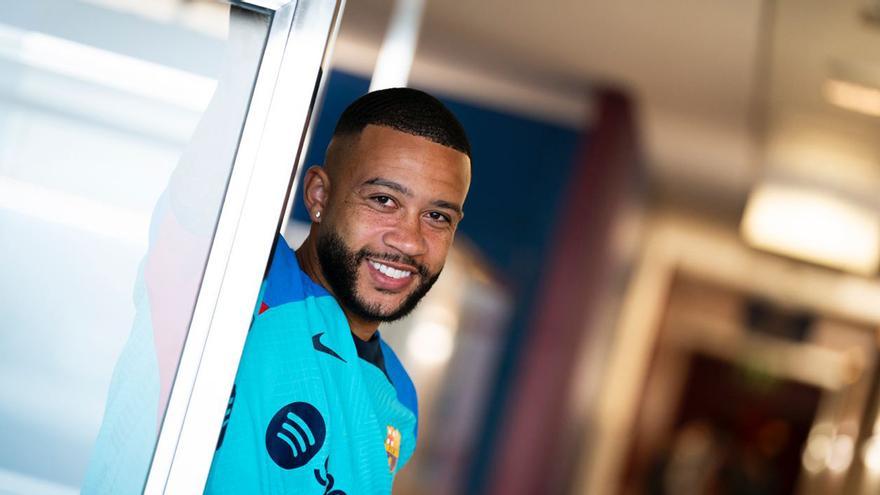 The English club is willing to reach up to 20 million for the Dutch striker, a figure that is not too far from Barça’s expectations

With a contract until June 30, 2023, the footballer does not want to change scenery, but he is well aware that the competition at the Camp Nou will be fierce

Memphis Depay He does not have his future assured at FC Barcelona. The Dutch striker, with a contract until June 30, 2023, he could leave the blaugrana club this summer and put an end to a one-year stage at the Camp Nou. Although his priority is to stay, the economic needs of the entity chaired by Joan Laporta complicate his continuity. More so after the additions of Raphinha, Ousmane Dembélé and, if all goes well, Robert Lewandowski.

According to the ‘Daily Express’, Tottenham could take advantage of the opportunity to reinforce their offensive line after the transfer of Steven Bergwijn in exchange for 31.25 million euros. The English club, which has already ‘fished’ this summer in Barcelona with the transfer of Clément Lenglet, I would be willing to reach 20 kilos for Memphis. This figure is not too far from Mateu Alemany’s expectations, so if the ‘spurs’ presented an offer, the ball would be on the Dutch attacker’s court.

In his first (and only) season with Barça, Depay he scored 13 goals and distributed two assists in 37 games. Despite spending two months away from the pitch due to injuries, the striker performed above expectations and scored several very important goals during the course.