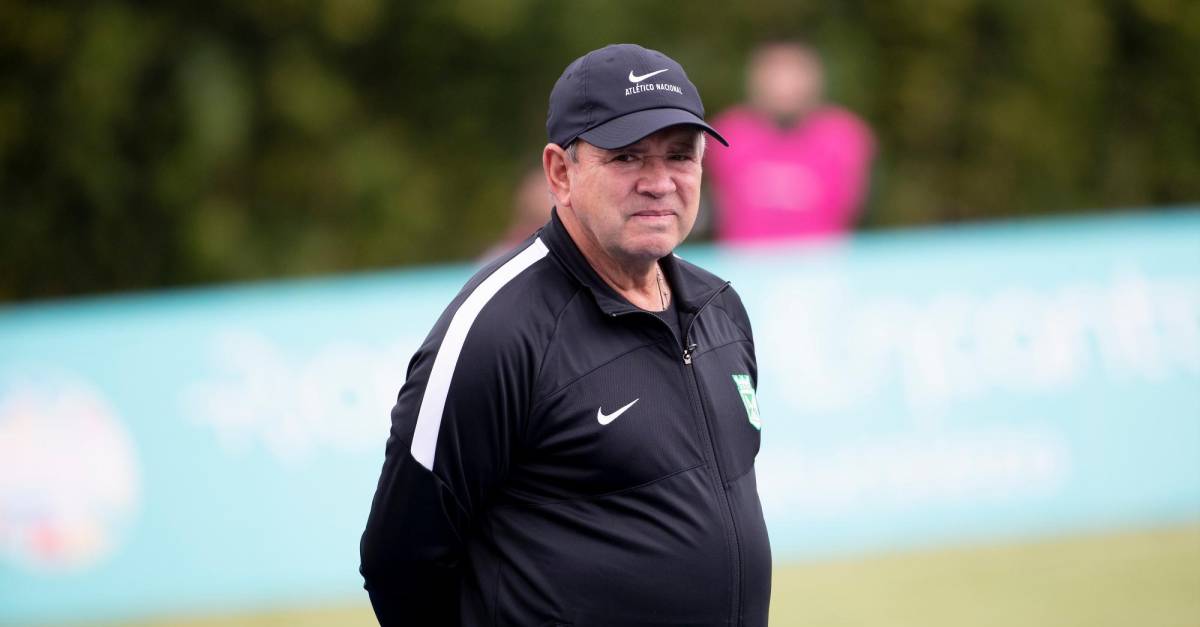 Seven games without victories for a team of the greatness of Atlético Nacional it’s already a crisis and therefore beyond 3-0 loss to Junior In the first leg of the Betplay Cup quarterfinals, the team’s moment is worrying.

For this reason, in the press conference after this meeting, coach Hernán Darío “El Arriero” Herrera was questioned on various situations.

First they asked him for the poor presentation at the Metropolitan, to which he stated that Junior should be congratulated, especially in that first half: “In the second half, Nacional leveled the match, but a move came that changed history (the penalty), but it is better that you evaluate it . This score is high for us, but now we have to play in Medellin and we will see what happens”.

Regarding the failures that the team had in the aerial game, he indicated that they only careless in the third goal junior player: “We neglected the brand, but I think the team is doing well”.

Likewise, they asked her about how to recover that fighting spirit that the team had to be champion a month ago. “The only thing left for us is to continue working to recover the level of the team”.

About the lack of protagonism in the games this semester and the arrival of Andrés Román as the only reinforcement He said that this issue should be left behind and that he trusts what he has: “We have a team that is going to show its face, because it is the champion and I want to continue and fight with what I have until the end”.

In one of the questions they told him that Nacional looks listless and disconnected on the field, beyond the good first time he did in Ibagué. On this the technician replied: “we need more confidence, games and work time, because this has been little. We have to keep working to improve a lot of things in the team”.

His continuity was also discussed and if he believes his position is at risk. “In Nacional the coach is always being checked for continuity when he loses games and this is a normal situation in this team. It is the problem of managing large teams, but I am calm with the team and I know where we are going. This is just beginning It was the first game of a series of two (the return game will be on August 18), now it’s our turn in Medellín. In the League we have only played 4 games and there is still a long time to go, so one cannot say other things at this time”.

Finally, the coach referred to what they call the champion syndrome, which happens a lot to Colombian teams when they win a title and then comes a drop in their level. “We try to do things well, we come from a title and a break for the players, we are just resuming training, but this is long, the tournament has just started, we have to start winning to enter at eight and fight for the title again”.