The plan of the hippodrome gallops successfully in the Madrid night 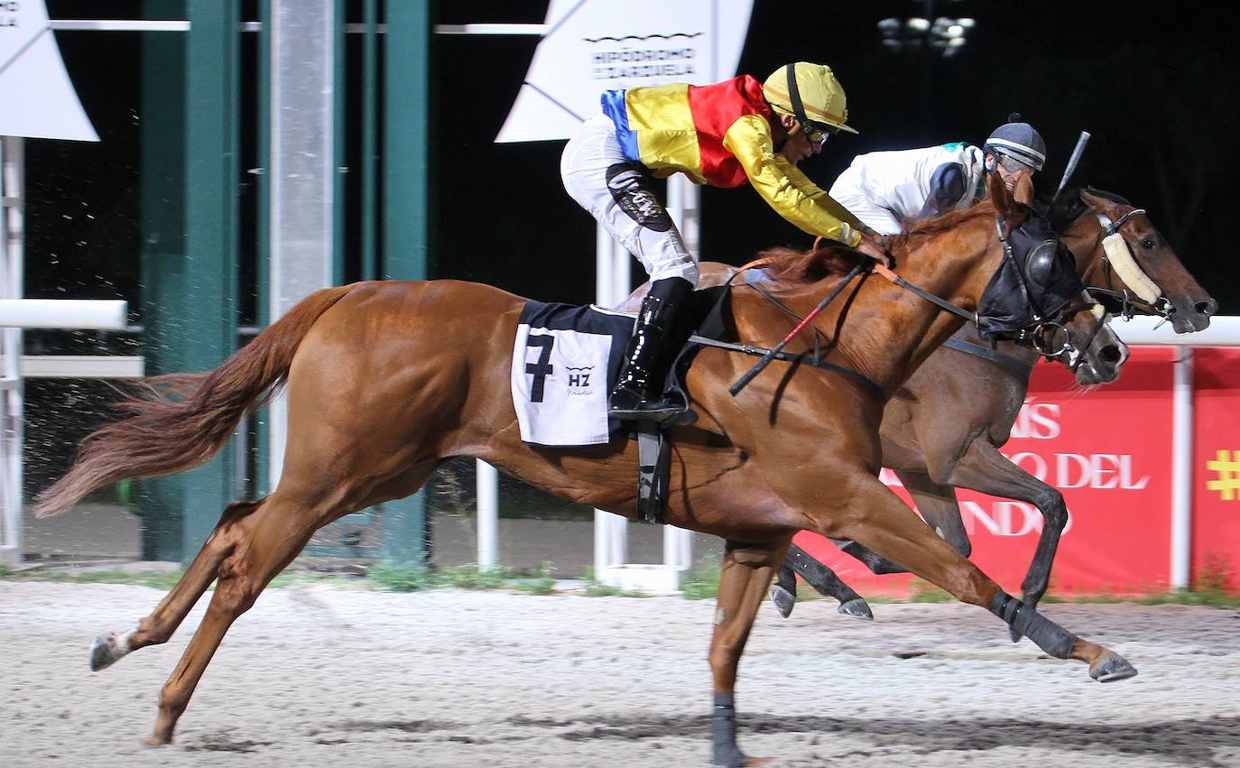 This Saturday, on a very hot night, the sixth day of the Summer nights at the Hippodrome of La Zarzuela. Great attendance by the public, who thoroughly enjoyed the excitement of the horse races, the spectacle, the music and the gastronomy.

The night began at 10:10 p.m. with the first race on GILERA AWARD, reserved for Amazonas and Gentlemen, handicap for horses and mares four years and older, not winners of a prize of €7,000 from July 1, 2021, over the distance of 1,900. five participants. Drover controlling the situation from the hit of boxes, let his rivals do, for in the final stretch, with an overwhelming superiority, go towards the finish line achieving an overwhelming victory by more than nineteen lengths. Second came his stablemate Americanism, with Gipsy Blue Eyes third, four lengths behind.

Second, the disputed ANTONELLA AWARD, reserved for Apprentices and Professional Jockeys, non-winners of 12 races from September 1, 2021. For horses and mares four years and older, non-winners of a prize of €8,000 in the year. Six candidates for victory, 1,800 meters of travel. Capercaillie once again proved to be far superior to his rivals, winning as and when he wanted. He already entered the final stretch practically in the lead, to go comfortably towards the finish line, winning by seven and a half lengths, repeating victory. Second came Dark Profit, being third, far away, more than eleven lengths, Cover Drive.

He closed the day in third place, the LA CANTINA DEL HIPÓDROMO AWARD, reserved for Apprentices and Professional Jockeys, non-winners of 12 races from September 1, 2021. For horses and mares three years and older, non-winners. Seven contenders for victory from the 1,700 meter pole. Beautiful race with a super exciting and spectacular ending.

Violetta was in a hurry and quickly grabbed the lead, setting the pace of the test, with Rushdy vigilant in third position. This is how you get to the straight in which Rushdy presented his attack, finding space through the posts, living a beautiful final duel for victory, a few meters from the goal, Rushdy took the lead with almost a length of difference, it seemed that the Victory couldn’t escape her, but Violetta didn’t give up and rallied back, coming back with a bang to earn a well-deserved win by just a nose on the finish post. Great mount of the young Adrián Martínez who never lost faith in victory. Third came Monty Bareliere, already eight lengths behind.