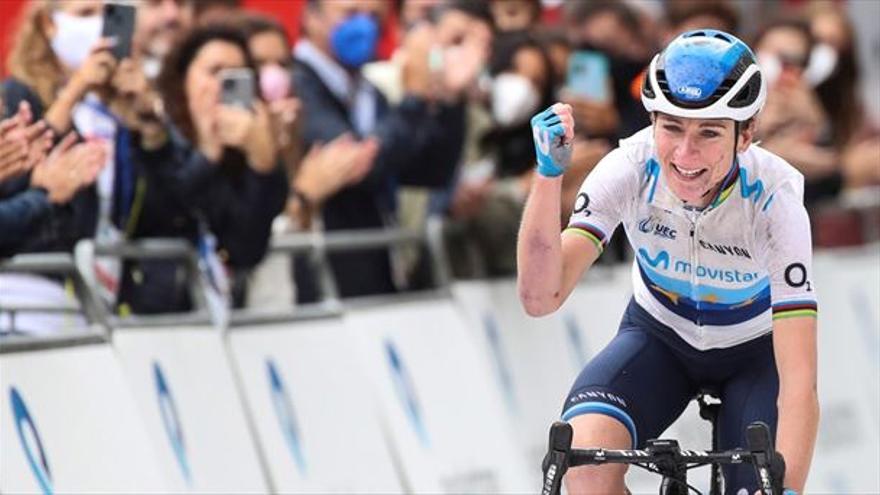 The Dutch Annemiek Van Vleutenleader of the Spanish team Movistar, has been proclaimed the final winner of the Giro Donne, her third victory in the race, ahead of the Italian Marta Cavalli (FDJ) and the Spanish mavi garcia (UAE ADQ Team).

The turn ended with the Italian sprint victory Chiara Consonni (Valcar-Travel & Service) in the tenth and final stage, which moved the runners from Abano to Pádua over a 90.5 km route. The escape attempts were unsuccessful and with 4 km to go the peloton was united.

Van Vleuten, 39, winner of the Giro also in 2018 and 2019, this year donned the pink sweater by winning stage four and has remained at the top of the overall standings ever since, also winning stage eight at Aldeno.

The Dutchwoman entered the tenth and final stage with a comfortable lead of 1:52 over Cavalli and 6:10 over Mavi García four times champion of Spain on the road and four times against the clock. The final day did not change the positions of Saturday.

It had been 15 years since any Spaniard stood on the podium of the ‘corsa rosa’, since I did Maria Elizabeth Moreno in 2007. Joane Somarriba She is the only cyclist of this nationality who has the race in her record, thanks to her triumphs in 1999 and 2000.