Speyer/Rhine-Neckar metropolitan region. Annoying defeat at the record champions For the third time in a row, the men of JSV Speyer suffered a defeat in the 1st Judo Bundesliga South, and for the third time in a row a little more could have been possible. Such a conclusion after a defeat at the record champions TSV Abensberg shows how far the JSV men have developed in recent years and gives hope for the future. To make the fights as open as possible – despite the less than optimal personnel situation – that was the goal of the Speyer team before the fight. Incidentally, Abensberg also had to cope with a few failures. In the end, the project went so well that the people of Speyer were annoyed that they didn’t take anything countable with them from Lower Bavaria. Just looking at the duration of the fights shows just how close it was: Only three fights lasted less than three minutes, four went into overtime, two of them took more than six minutes until a winner was determined. Even the first round was groundbreaking in this sense: several open duels, with an ultimately unfortunate outcome for Speyer. Most annoying of all was the loss of Giga Gigauri, who, with two seconds left in the lead, received the disqualifying third penalty for not tying his belt. Felix Bächle was the more active in both of his fights and could have won both, but ultimately had to give up both. Tengo Zirakashvilli won his fight in the first round, but suffered an injury and was unable to play in the second round, reducing Speyer’s chances of overcoming the 3-4 deficit. Patrick Schmidt and Philip Müller had scored the other two points for Speyer in the first round, but it could have been 5:2 for Speyer. 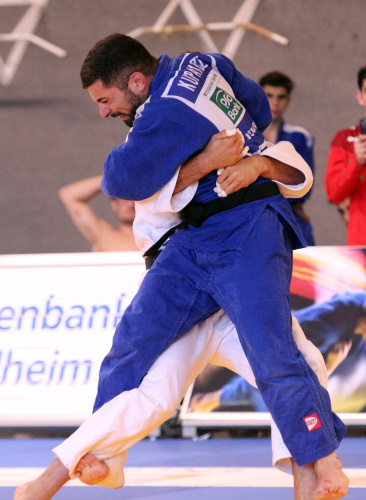 Even if the fights in the second round were again almost all very close, the Speyer team could not catch up. Onise Bughadze had to admit defeat in extra time due to a third punishment against the world-class athlete Roy Meyer, Bächle was again unable to convert his advantages into a win, and although Gigauri successfully returned the favor with a win and Franz Haettich also scored with a strong performance , it was no longer enough for the people of Speyer. “The fact that we are angry after a 5:9 in Abensberg shows how far we have come since we regularly lost in double figures to the top teams. Of course it’s annoying that after we’ve been at the top of the table for so long, these three defeats mean that we can’t stay in the race for the final round until the end, but we can say that we can attack again next season with the goal , to get involved in the fight at the top,” says team boss Michael Görgen-Sprau, who now hopes to be able to tackle the two remaining fights after the summer break – at home against Leipzig and against Backnang – with an improved personnel situation in order to successfully end the season.