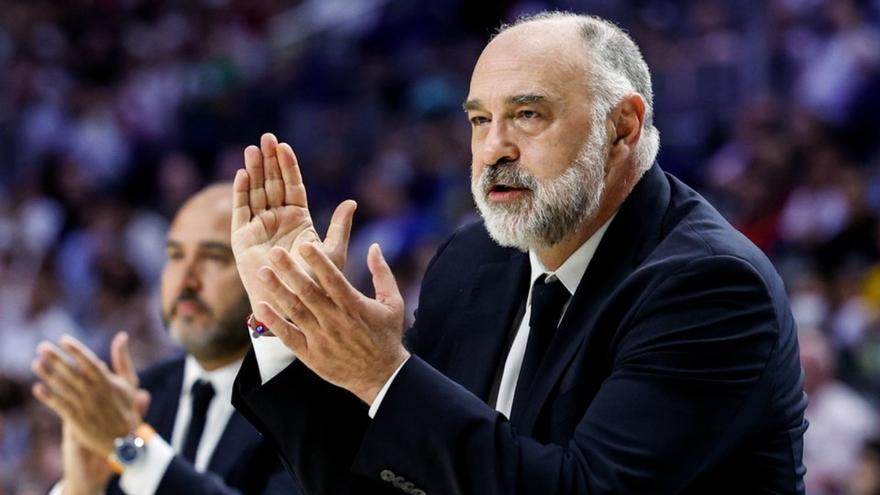 Paul Laso will no longer train Real Madrid. One of those moments that sport seems to never provide has arrived. And he has made it a wrong shape with the legacy left by the coach from Vitoria in the white basketball section, outstanding without discussion. The heart attack he suffered less than a month ago has pushed the white club to do without their coach “for medical reasons only and exclusively”, when Laso rejected the offer to take a few months sabbatical, “until March or April” after the health problem suffered.

Look back and remember how Pablo Laso came to Real Madrid in 2011, when the gray hairs were still the exception in his head and the white basketball section an efficient factory of frustrating defeats. Laso was an alternative who was located at the bottom of a drawer in the white offices, a coach with oscillating cachet in previous years who had just done well, without excessive fanfare, in the modest Gipuzkoa Basket.

And the whites’ fans, fed up with the annoyances their team gave them, infected by the histrionics that Ettore Messina had sown in Madrid, chose to respond to the hiring of former player Laso with a demonstration. He was only part of the fans, of course, not even the majority, but the synecdoche serves to emphasize the contrast between that June and this Julyin which ‘Lasismo’ comes to an end at the Wizink.

Laso is not set aside by the results, but by his health. Or that is at least what Real Madrid argues, reluctant to see the Vitorian on the bench again after the myocardial infarction he suffered less than a month ago and which forced him to hand over the reins of the team to his second, Chus Mateo . Although Lasso, as soon as they left him, he returned to directing training. In such difficult circumstances, the white club eliminated Baskonia first and then Barça to be crowned champion of the ACB League.

“Real Madrid has made the decision not to keep Pablo Laso as coach of the first basketball team for medical reasons only and exclusively,” the white club defended in a statement, after information about his dismissal had been circulating for hours.

Now Madrid intends, and it seems that it is going to achieve it, that Mateo definitively inherits the chair of who has been his boss until now, although the official statement does not solve the mystery. Laso had a valid contract until 2023, but for Madrid it is non-negotiable that he take a few sabbatical months, more so with the painful memory of the death of Ignacio Pinedo in 1991 while he was white coach. And Laso, apparently with positive medical reports in hand, vindicates his will to return to work as soon as possible.

But Florentino Pérez is not willing to accept it: “Last week Real Madrid asked Pablo Laso to stop managing the first team, fully respecting the economic conditions established in the contract, waiting to see how his physical condition evolved this season and re-analyze the situation in March or April”.

Faced with the coach’s refusal to accept the club’s proposal, its leaders claim that “after this acute coronary episode that led our coach to undergo surgery and to the intensive care unit, not making this decision [su cese] It would be absolutely irresponsible.”

Madrid also defends that “the priority for the club is, before anything else, the health of Pablo Laso out of respect and affection for him”, from which it is inferred that the entity considers that it cares more about the health of the technician than the affected personwho wanted to immediately return to his usual duties.

Beyond the strange circumstances in which the goodbye took place, Laso’s departure from the Madrid bench marks the end of one of the most golden eras that the white team has experienced in its modern history. The Vitorian was, in fact, the longest-serving coach of the white entity since Lolo Sainz.

The record in these 11 courses speaks for him: From Euroleaguesix ACB leaguessix Copas del Rey, seven Super Cups and one Intercontinental. But at the same level as the gimped ones, or even above, Laso can assume the moral and emotional rehabilitation of the most important team in European basketball, elevating it to levels of excellence unknown since the 1980s. And in a context of much greater national and international, especially in quantity, than then. Laso leaves (or they force him to leave, depending on the version) and sets the bar very high.

Champions League: Shock for Leipzig! Gulacsi has to be carried off | Sports