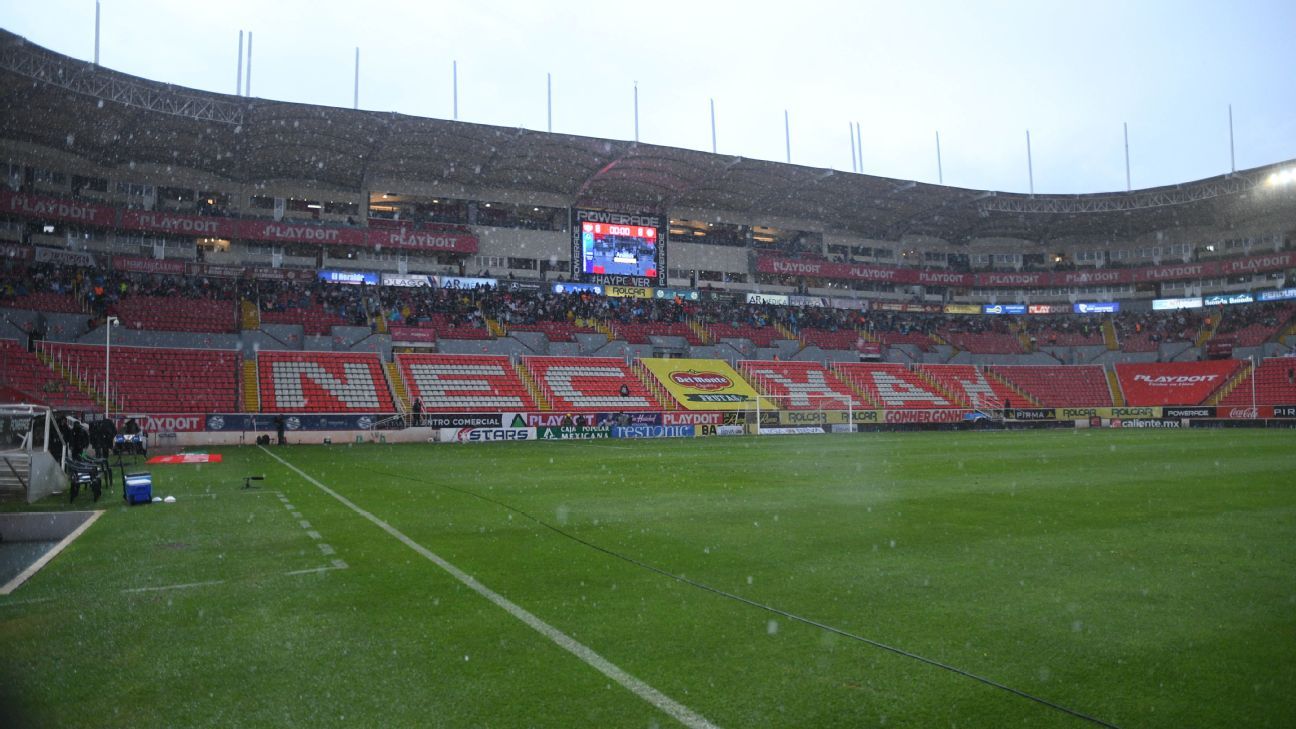 The League MX announced the suspension of the opening match of the Apertura 2022 between Necaxa and Toluca at the Victoria stadium, due to an electrical storm that affected the area of ​​the building.

The duel of day 1 of the new tournament was agreed at 7:00 p.m., but a strong hailstorm before the start of the match prevented the teams from jumping on the field to warm up and the League MX He gave a new start time at 7:30 p.m.

Later, an electrical storm in the area delayed the game and did not allow it to start at the agreed time, a situation that was not reversed and the authorities decided to suspend the duel.

The storm that hit the Victoria Stadium and its surroundings, in Aguascalientes, caused the game to be postponed 30 minutes. There was air and hail, with the stands of the building practically empty.

The Necaxa and Toluca teams were unable to warm up on the field as usual, at least an hour before kick-off.

The water did not stop falling, while the state of the field was not ideal for playing soccer. At 19:41 again the League MX He spoke on his Twitter account to report that the game was being delayed again, due to the intense rain and hailstorm at the Victoria and that he would soon provide more information

The League MX announced at 19:02 that the game was postponed 30 minutes, with the idea that the rain would calm down, but it did not. It was time for the rescheduled game and it couldn’t start due to the same weather conditions.

At 19:41, the League MX reported that the rain had intensified in the vicinity of the Victoria Stadium, delaying, once again, the start of the match between Rayos and Diablos.

The duel was rescheduled for Saturday, July 2 at 5:00 p.m. at the Victoria Stadium, where it is expected that the weather conditions that caused the opening match of the game to be suspended will not continue. Opening 2022.

The rescheduling of the match between @ClubNecaxa y @TolucaFC for tomorrow, July 2 at 5:00 p.m.

This by instructions of Civil Protection pic.twitter.com/kWjKBX2Abb