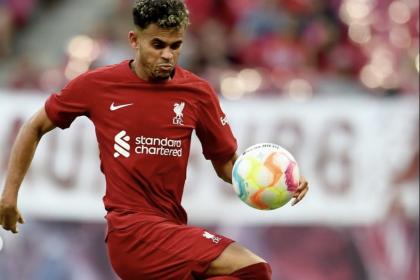 The season in England will officially start this Saturday, July 30, when Liverpool and Manchester City enter the King Power Stadium to play the duel for the Community Shield, the first title in the United Kingdom.

Despite being Wembley, the traditional setting to carry this out, it will not be possible, as it is in use for the Women’s Euro Cup, played in British territory. Final of the pre-season, but it is a title that adds up and the English clubs do not underestimate it.

Luis Díaz will be one of Klopp’s regulars, after what was the entire preseason. This will be the fourth final that the Colombian will play, since his arrival at Liverpool. Two wins and one loss, are the record of the peasant.

Now, in history, only one Colombian has managed to win the duel for the Community Shield, being David Ospina, the holder of this award. In the 2017 edition, he was present at that crown, being a substitute for Petr Cech.

Other national players who were present at this event were Faustino Asprilla, who lost the 1996 edition with Newcastle, facing Manchester United. In 2015, Radamel Falcao was present with Chelsea, losing against Arsenal. The duel between Manchester City and Liverpool will be played this Saturday, July 30, starting at 11 am Colombian time.